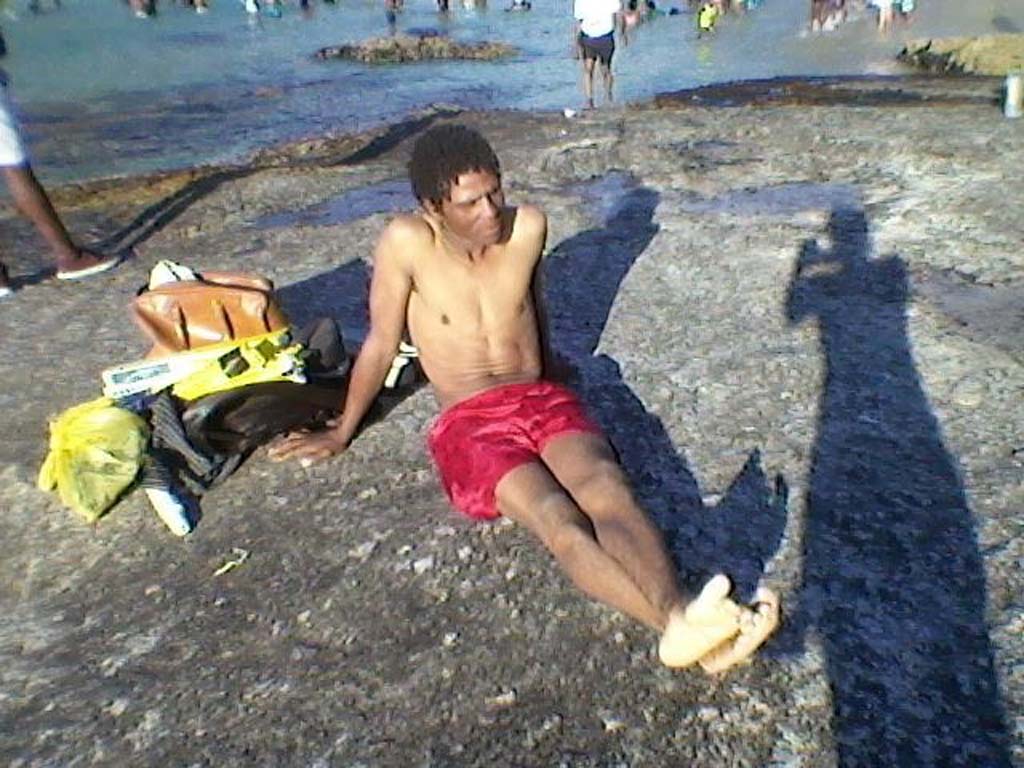 Andrew Chimboza on Monday pleaded guilty to the murder of 62-year-old Mbuyiselo Manona as part of a plea agreement.

CAPE TOWN - Andrew Chimboza cupped the heart of his ex-client&39;s lover and ate it, a police officer told the Western Cape High Court on Tuesday.

Constable Mlungisi Landule said he was the first to arrive at the house in Gugulethu, Cape Town, in June last year to arrest the 35-year-old Zimbabwean.

"The door was opened and as I entered this room, I then came across the accused, as he was sitting here, and he was eating raw meat. He was on his knees."

The police officer was testifying as a State witness in aggravation of sentence.

Prosecutor Jacqueline Sibiya asked the police officer to demonstrate how he ate the heart. The constable cupped his hands and moved them towards his mouth.

He said Chimboza was drenched in blood from the face down.

"I then instructed him to stop eating this raw meat and I told him to lie down and he did as I instructed him. I went further into the room, and as I went past him, I saw a knife and fork there lying on the ground."

Pieces of raw meat were lying next to the cutlery.

Landule walked into the bedroom and found 62-year-old Mbuyiselo Manona on the floor. There were cuts on his head and the body was shrouded in clothes, which Landule removed.

"I pulled up the deceased&39;s shirt that he was wearing and I observed that he had a hole on his left side. That is when I saw that the heart was removed."

Chimboza on Monday pleaded guilty to the murder as part of a plea agreement.

He stated in his plea explanation that he stabbed Manona to death last year after a disagreement.

The officer said after seeing the body, he went back to Chimboza and found him still eating the meat, instead of lying down as instructed.

He was arrested and the scene was handed over to detectives. Mortuary officials handled the body and pieces of meat.

The court heard that Chimboza had one previous conviction, on March 31, 2011. He was convicted of assault and paid a R150 admission of guilt fine.

The defence indicated it would not call any witnesses in mitigation of sentence.