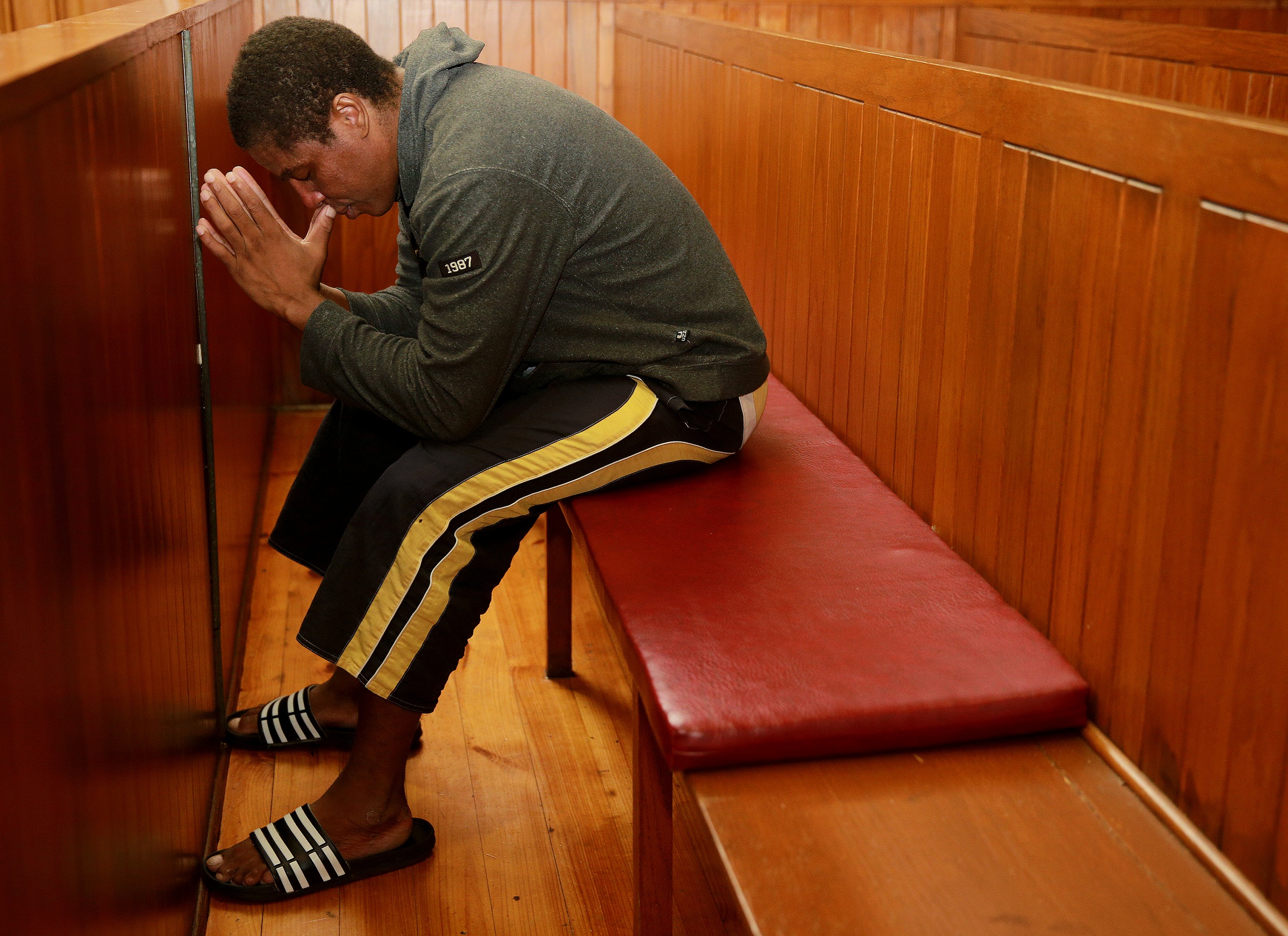 Andrew Chimboza, accused of killing a man and allegedly eating his heart, appears in the dock at the Western Cape High Court.

CAPE TOWN - A psychiatric investigation will determine whether a Zimbabwean man who ate part of the heart of a man he killed is a danger to society, the Western Cape High Court ruled on Wednesday.

Judge Ashley Binns-Ward was to have sentenced convicted murderer Andrew Chimboza (35), but instead ordered that he be "committed forthwith" to Valkenberg psychiatric hospital for 30 days observation.

Chimboza, a window tinter by trade, had been in a relationship with an unnamed woman, who had ended the relationship in order to start another with the victim, Mbuyiselo Manona.

Chimboza had tinted the windows of the woman&39;s home, and had called at the house in June last year to check if she was happy with his work.

Manona answered Chimboza&39;s knock on the door and a violent confrontation ensued.

Binns-Ward said he had formed the view from psychiatric testimony that Chimboza had a personality disorder which made him a danger to others.

He said the former head of Valkenberg, professor Tuviah Zabow, had testified that an in-depth investigation, involving a panel of psychiatrists, was needed to assess whether Chimboza was a danger to society.

If so, the court would declare Chimboza a dangerous criminal and impose an appropriate sentence, the judge said.

Defence counsel Yasmina Rajab said she had explained this to Chimboza, who wished to appoint Zabow as his personal psychiatrist to join the panel.

The judge said the inquiry would start as soon as there was a bed available for Chimboza.

While he waited for a bed, Chimboza would remain in custody, and would remain so during the observation period.

Binns-Ward said the 30-day period could be extended, if necessary.

The psychiatric panel would then submit its findings to the court. If the panel was unable to agree the court would hear evidence and make a final ruling, Binns-Ward said.

Chimboza would have the opportunity in court to dispute the panel&39;s findings and to cross-examine the psychiatrists during their testimony.

If the panel&39;s findings were that Chimboza was not a danger to society, he would be sentenced in the normal manner, the judge said.

Binns-Ward referred to Zabow&39;s testimony that Chimboza had been unable to discuss the fatal assault on the deceased during Zabow&39;s interview with him.

He told Chimboza: "Various opinions have been expressed about this, but I urge you, in your own interests, to try your best to talk about this during the observation period."

Proceedings were postponed to March 27, for the psychiatric report.