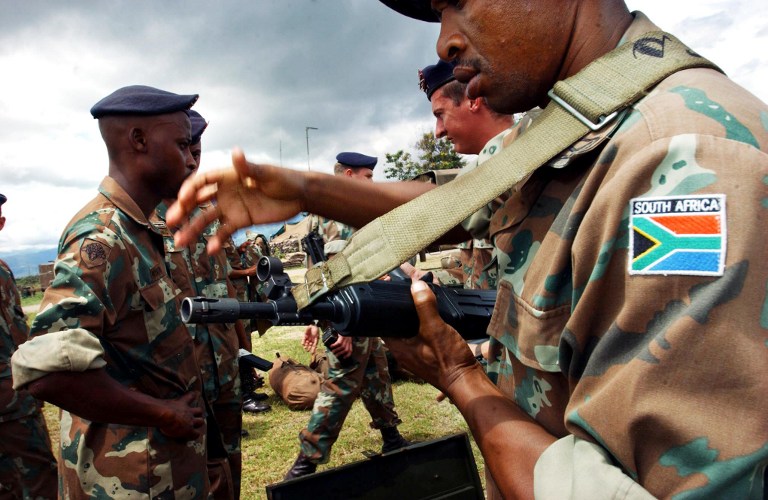 The helicopter crash is the second tragedy for SA soldiers in two weeks.

CAPE TOWN – The South African National Civic Organisation (Sanco) has said a robbery at 9 Infantry Battalion base in Khayelitsha in the early hours of Good Friday undermined national security and compromised the safety of local communities.

Gunmen made off with assault rifles after overpowering two guards on duty at the base, forcing them into the armoury to open the firearms safe.

We are extremely concerned about the ease with which high-calibre weapons and ammunition are robbed from national key points, which are supposed to be highly securitised environments,” said Sanco spokesman Jabu Mahlangu.

“We cannot imagine these weapons a day longer in the hands of mindless and heartless gangsters who have the potential to unleash terror on our communities.”

Sanco called for the speedy arrest of those behind the robbery.

“Criminals are the ones that should be disarmed and not be armed from state armouries.”