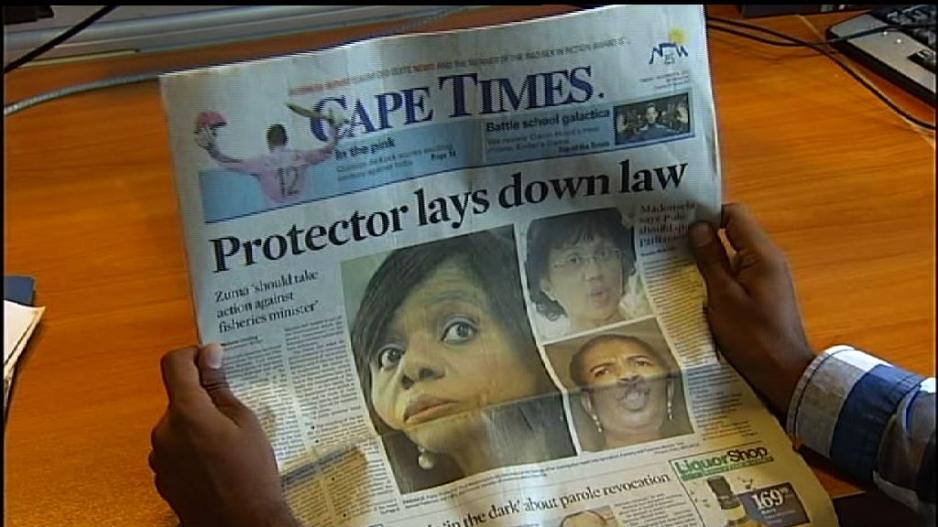 CAPE TOWN - Cape Times editor Alide Dasnois was removed from her position just over a week ago apparently for not carrying news of Nelson Mandela’s death.
But the South African National Editors Forum and other media commentators have expressed concern that the move may have been political.
The paper, on the eve of Madiba&39;s passing, carried a prominent story dealing with Public Protector Thuli Madonsela&39;s report regarding an improper tender between the Agriculture Department and a Sekunjalo consortium.
Speculation is rife that Dasnois was axed as editor because the newspaper group was recently bought by Sekunjalo.
Madonsela’s investigation found, amongst other things, that the tender process was manipulated to ensure Sekunjalo was awarded the contract to manage and maintain the country’s patrol vessels.
Independent News and Media SA’s Iqbal Surve rubbished all criticism of his decision to remove Dasnois as editor.
In a statement Surve said Dasnois’ re-positioning was part of a long-term plan to lift the poor circulation figures of the paper, and that her removal as editor was only accelerated because she failed to carry Mandela’s passing.
The Cape Times’ Tony Weaver wrote in his latest column that Dasnois and her team were up all night producing a wrap-around for the newspaper for Mandela’s death.
Meanwhile, Dasnois said she believes she was unfairly dismissed from her position, adding that she is considering legal action.
The axed editor said she would say more once her lawyers give her the go ahead.