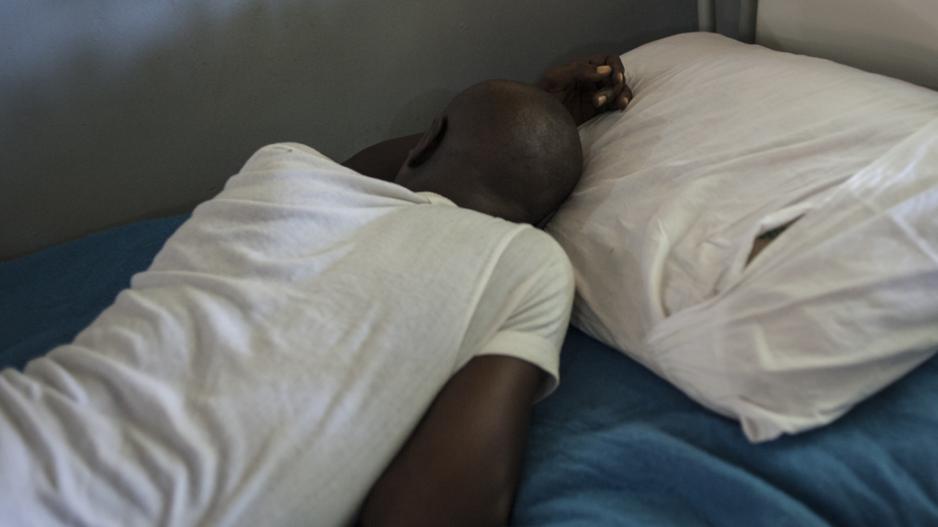 A patient sleeps on a bed in the substance abuse ward of the Federal Neuro Psychiatric Hospital in Maiduguri the capital of Borno State, northeastern Nigeria on September 16, 2016.

This summer, health officials are not only contending with the annual diarrhoea season but also an increase in cases of other communicable diseases, including whooping cough and typhoid.

JP Smith, a mayoral committee member for safety and security and for social services, said although the city had achieved a decrease in the number of diarrhoea-related deaths, and diarrhoea with dehydration, during the past few years, there had been an increase in pneumonia in children under the age of five over the same period.

In addition to the national outbreak of listeriosis, Capetonians were suffering from diphtheria and measles, he said.

"All these diseases present a significant and costly challenge to the city. Not only are staff and resources under pressure, but the outbreak of any disease also puts lives and livelihoods at risk.’

Smith said while the disease outbreaks were not directly related to the drought, the city needed to ensure that health and hygiene standards were retained.

The diseases that city health officials are currently keeping track of are listed below:

Typhoid
In 2017, 26 cases of typhoid fever were reported in Cape Town. Typhoid is caused by the bacterium Salmonella typhi. Individuals infected with the bacteria can spread it through contaminated food or drink. Water that has been exposed to sewerage containing the bacteria can also spread the disease.

A cluster of three diphtheria cases reported in August 2017 was successfully contained. Diphtheria is spread from person to person through "droplet spread" of an infected person.

Patients have flu-like symptoms, a sore throat and/or swollen neck. Swallowing and breathing may also be obstructed.

The number of pertussis cases in the city increased from 42 in 2016 to 101 in 2017. Pertussis is an extremely contagious respiratory illness caused by bacteria that affect the upper airways, causing swelling and the distinctive "whooping" cough.

Both diphtheria and pertussis can be life-threatening illnesses, especially to infants and those who are immune-compromised. The two can be prevented with vaccines that are included in the South African Expanded Programme on Immunisation (EPI) and are available to all children, at no cost, at their nearest healthcare facility.

Smith said that with advancements in healthcare and the immunisation programme, the seriousness of these illnesses had dropped out of public memory and there was a growing trend to not immunise.

"The rise in these two diseases can be, in part, attributed to this. When immunisation coverage drops below a certain level in a community, the number of individuals who are susceptible to these forgotten diseases increases to the point of sustaining an outbreak. I encourage parents and caregivers to be vigilant and ensure that all children who require immunisations receive them. The city will continue to promote childhood vaccinations at all its healthcare facilities," said Smith.

In addition, the City of Cape Town’s environmental health practitioners identify hotspots and drive prevention activities in the communities which are most affected. Prevention activities include educating communities through public events, distributing posters, training residents on maintaining good hand washing practices without wasting water, oral rehydration solution recipes and the five key food safety tips, which are particularly relevant to the listeria outbreak.

Listeria is a food-borne disease caused by the bacteria lLsteria monocytogenes. It is spread through the consumption of contaminated food. The most common foods it can be found in are vegetables, raw or unpasteurised milk and soft cheeses, processed foods and smoked fish.

‘Listeria crosses income and race boundaries. It can be present in anyone&39;s fridge," said Smith.

The City of Cape Town has recorded a total of 47 cases of listeriosis since August 2017.