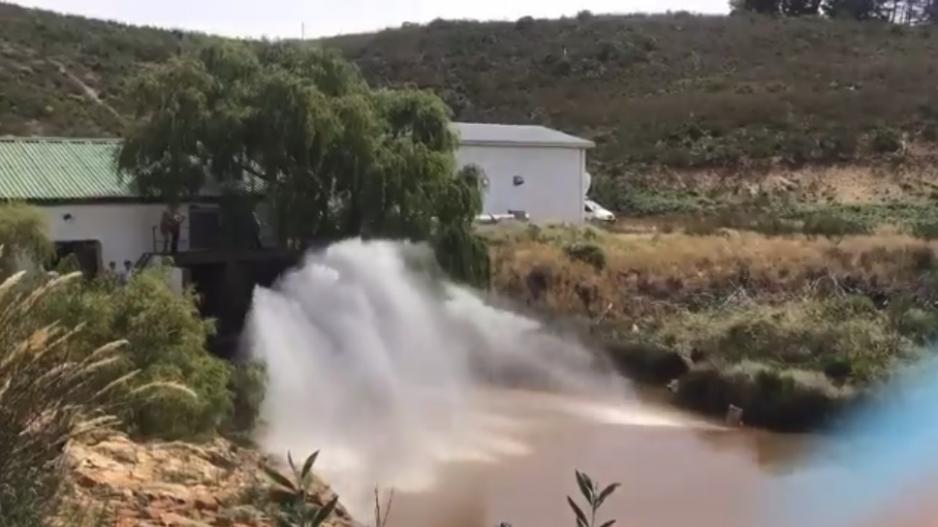 Some much-needed relief is on its way to drought-stricken Cape Town. The Groenland Water Users Association has made 10 billion litres of water available.

JOHANNESBURG – Some much-needed relief is on its way to drought-stricken Cape Town.

The Groenland Water Users’ Association has made 10 billion litres of water available.

It will be pumped into the Steenbras Dam in coming days.

CTWater The sluices have been opened. Cape Town, 10 thousand million litres of water is coming your way. pic.twitter.com/aCjqmQb4xM

The sluice gates have been opened, making way for water to follow to the Steenbras Dam.

It will then be used to feed the greater City of Cape Town.

It’s all an effort by farmers from Elgin and Grabouw region who have somewhat of a water surplus.

“It started in back October last year when the farmers got together when the restrictions were at that stage 50, 30 I think so we sat down and we realized we have a surplus of water and we made a calculation on the last five years, water that we used… where to take the water,” said Johan Groenewald of the Groenland Water Users’ Association.

This gesture does not mean Capetonians can relax their water saving measures, though.

CTWater The water has been donated by the Groenland Water User&39;s Association. The 10 thousand million litres of water are expected to last about 20 days. pic.twitter.com/JBPXGCrSXr

“Cape Town is using about 500 million litres of water per day… so it’s more or less 20 days of water,” Groenewald said.

The water flowing here has already been calculated into Day Zero which has been pushed back to the 11th of May.