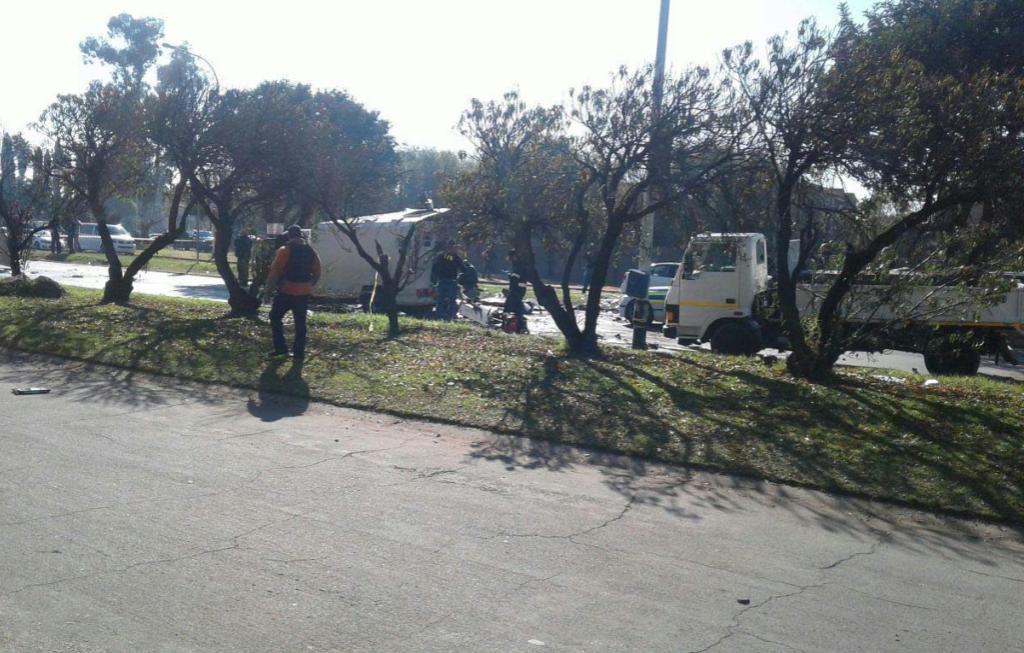 A cash in transit heist occurred in Boksburg in the vicinity of Atlas Road and Northrand Road on Thursday morning, shortly after 9.30: CAT.

JOHANNESBURG - Five suspects have been arrested following a cash-in-transit heist in Boksburg on Thursday morning.

According to the Boksburg SAPS, two cash in transit vehicles were bombed.

Four suspects were later arrested at George Gogh Hostel in Jeppe following a car chase, a rifle and a vehicle were recovered.

Masondo confirmed that shots were fired before the cash-in-transit vehicles were bombed. Two guards, one who sustained head injuries, and one leg injuries, were transported to hospital for treatment.

Masondo said a police helicopter was supporting the SAPS as they search the hostel for additional suspects.

Shortly after the heist, motorists were urged to utilise alternative routes and remain at a distance from the area.