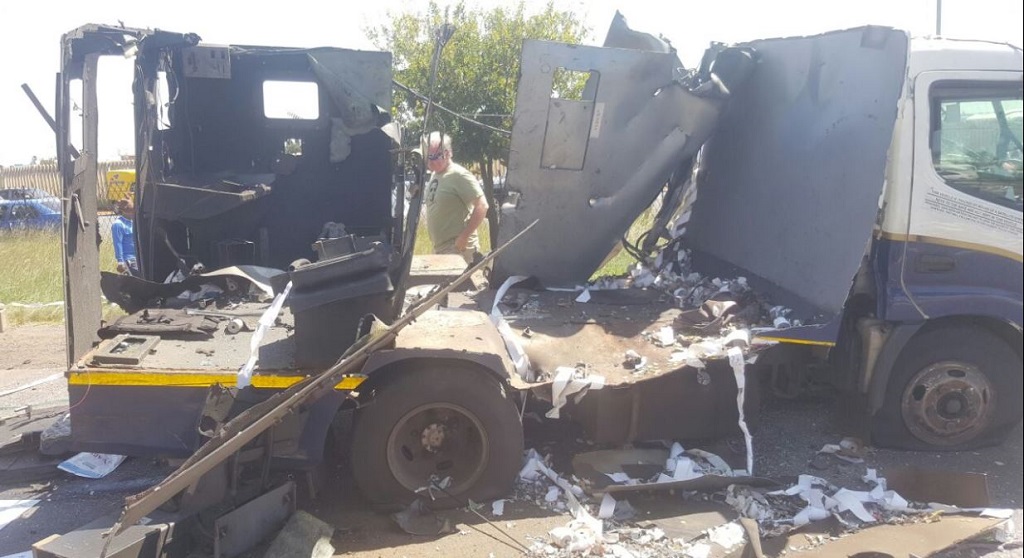 Cash-in transit vehicle blown up and robbed on the R24 near the Barbara Road off ramp.

JOHANNESBURG – A cash-in transit van carrying an undisclosed amount of money has been blown up on the R24 near the Barbara Road off-ramp on Saturday.

Police said a group of suspects travelling in a BMW and a Mercedes-Benz approached the cash-in transit vehicle after its tyre had been shot 20 minutes before noon as it travelled in the direction of OR Tambo International Airport.

“The guards were forced out of the vehicle before the suspects blew their cash van up with explosives,” the South African Police Service said.

“The suspects took an undisclosed amount of money in cash boxes and one of the guard's firearms, they then fled from the scene in two vehicles.”

The SAPS said the guards were not injured.

But a passing motorist was.

ER24 paramedics said that they had assessed three people from the scene, two guards and a motorist.

“A secondary incident occurred when flying debris landed on a vehicle during the explosion,” said ER24.

“The driver of the vehicle was assessed and later transported to a nearby hospital for minor injuries.”