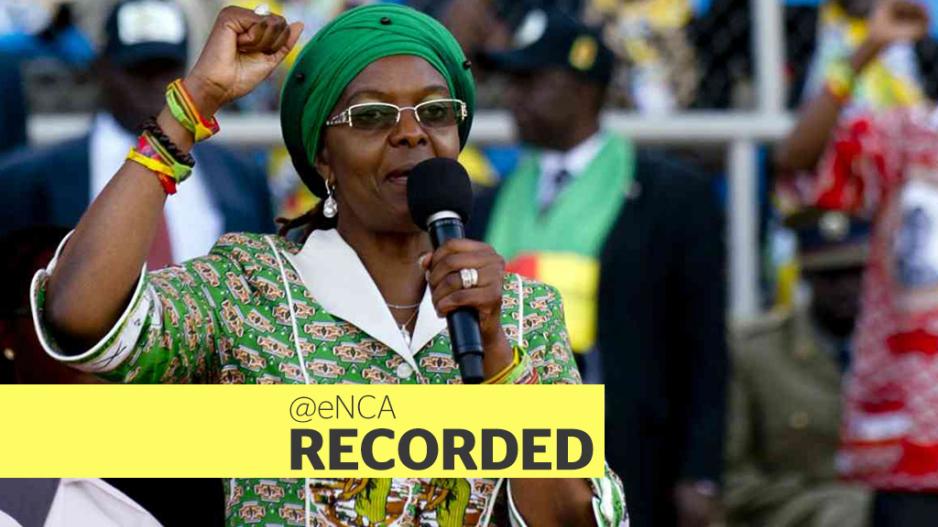 AfriForum holds a briefing announcing the steps it will be taking in the assault case involving Grace Mugabe. The victim of the assault, Gabriella Engels, will be present.

JOHANNESBURG – The possibility of settling the Grace Mugabe assault case is slim to nil.

AfriForum advocate Gerrie Nel says this case is about justice.

"May I just say that the word settlement and criminal prosecution doesn't go hand in hand...we want justice...was impressed when the family turned down the money...It's not about money, it's about justice," said Nel.

Nel was addressing the media about steps by AfriForum with regards to the assault case involving Grace Mugabe at a media briefing on Thursday.

The victim of the assault, Gabriella Engels was present.According to Nel, Engels was offered money by "a third party" not to proceed with charges against Mugabe.

Engels and friends were beaten with an extension cord -- allegedly by Zimbabwe’s first lady -- on Sunday.

The women were at a hotel in Sandton when Mugabe’s two sons were reportedly in other rooms.

The police are investigating a case of assault with intent to do grievous bodily harm.

An expert says South African law won't allow for Mugabe to receive diplomatic immunity, but relations between the country and Zimbabwe might.

“One needs to distinguish here between the law and politics. According to the law she shouldn't get diplomatic immunity but we know that politics trump in these cases. There's no way one can force the government to arrest here as we saw in the al-Bashir case. The political will here, what government what's to do is what is ultimately going to trump unfortunately,” said Professor Mia Swart of the law faculty at the University of Johannesburg.

Meanwhile, police minister, Fikile Mbalula has instructed his office to keep a close watch on the country’s borders to prevent Mugabe leaving the country.

But Mbalula says she’s made no attempt to flee.

Mbalula says questions around whether she qualifies for diplomatic immunity must be answered by International Relations.

He was speaking to the media on the sidelines of an indaba on gender-based violence in Centurion.