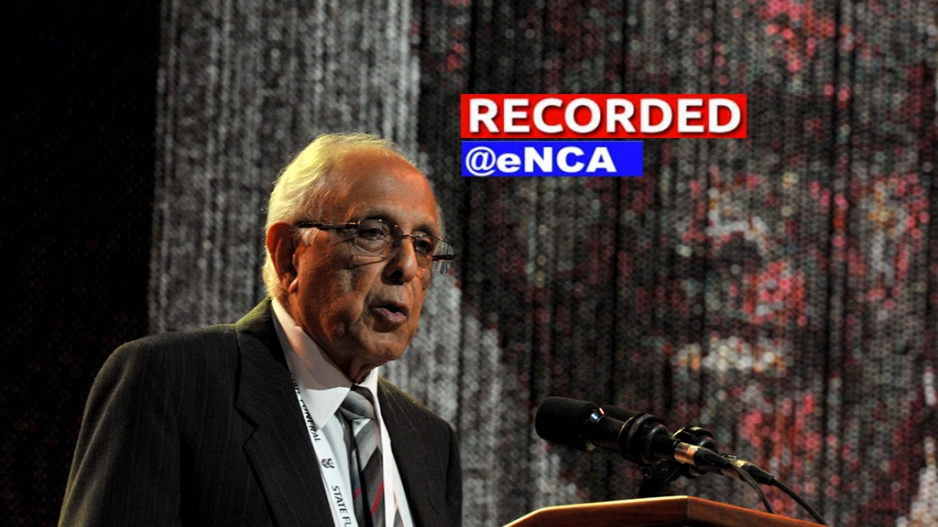 • Editor's note: This live event has ended. You may watch the recording above.

JOHANNESBURG - A memorial service for the late Ahmed Kathrada is going ahead on Saturday afternoon, despite government's postponement of the official state event.

The struggle stalwart's foundation has taken matters into its own hands and is hold a memorial in conjunction with the SACP and the Nelson Mandela Foundation at the Johannesburg City Hall.

Axed finance minister Pravin Gordhan was expected to address those attending the memorial.

READ: The meaning of Ahmed Kathrada's life and death

Gordhan says he learnt a crucial lesson from the late struggle veteran.

President Jacob Zuma fired the minister and his deputy, Mcebisi Jonas, in a cabinet reshuffle.

Gordhan paid tribute to Kathrada as he bid farewell to Treasury staff on Friday.

"Those of us who were prepared to sacrifice our lives for democracy aren’t going to let those institutions go - over all these years."

"You saw Comrade Kathrada passing away and buried this week. When you look at his history, what do people like that give their lives to? To just make sure that it gets frittered away? No."

Ironically, the funeral comes on the one-year anniversary of Kathrada's plea to Zuma, to step down.