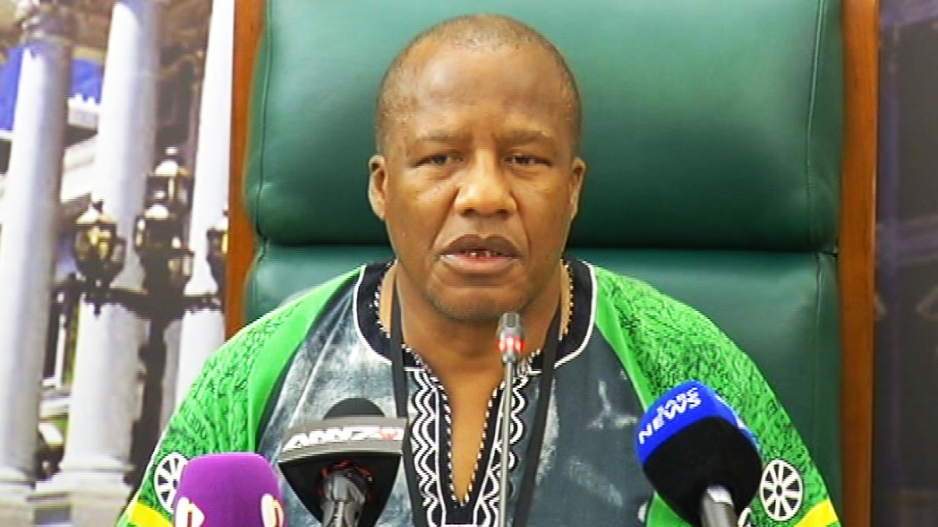 The ANC says it will seek clarity from the Speaker and Chairperson of the National Council of Provinces on the matter. It says all parties were informed the SANDF was not going to be in the parliamentary precinct, unless there was a crisis.

CAPE TOWN – The ANC responded on Friday afternoon to the drama that unfolded during Thursday's the State of the Nation Address.

ANC chief whiip Jackson Mthembu described the events in parliament as anarchy and a national shame.

Alongside that, the ANC said it will seek clarity from the speaker and chairperson of the national council of provinces on the matter of soldiers in the parliament house.

It  says all parties were informed the SANDF was not going to be in the parliamentary precinct, unless there was a crisis.

“All that I need as the ANC Chief Whip is whether indeed there were circumstances that necessitated the presence of an armed military on the precinct to parliament and if indeed it’s true then we’ll take it from there.”

Chaos ensued in the National Assembly when opposition MPs were violently removed from the chambers.

President Jacob Zuma was also criticised for laughing after EFF members were manhandled.

Political analyst Justice Malala questioned the governing party's rationale behind hosting a People's Assembly on the same night as the State of the Nation Address.

"We should be extremely saddened that the People's Assembly is taking place today at 7pm, when our leader, the president, is speaking to us as a nation and then at the same time you have him going out speaking to his party faithfull," Malala said, explaining that the simultaneous hosting of the events sent a "dangerous message" of distrust in the National Assembly and its officials.