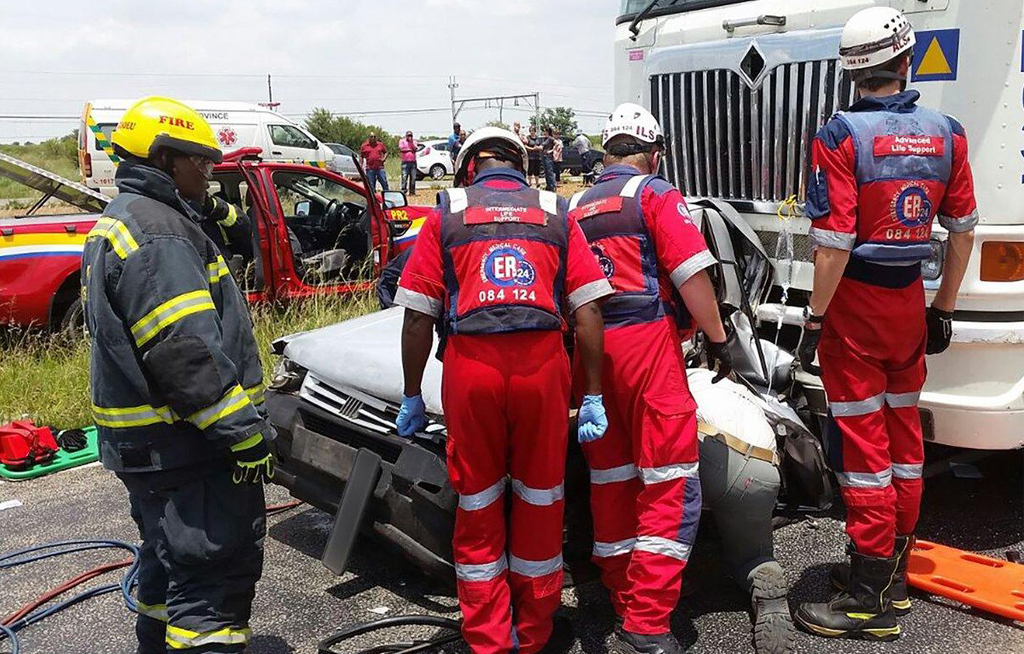 31 January 2017 - A man and a woman were trapped inside their vehicle after a truck crashed into the back of them on the N12.

The minister said the statistics have increased when compared to same time last year.

Last year, more than 330 people died over the Easter weekend.

Maswanganyi says most of the fatalities happened in residential areas, between midnight and 5am.

The minister lamented an increase in the number of vehicles on the road.

He says human error remains the causal factor for most crashes.

Maswanganyi said statistics indicate that 50 percent of the people who died were pedestrians, followed by passengers at 24 percent and drivers at 19 percent.

On Tuesday, traffic authorities were fearful that this year&39;s death toll would be higher than last year&39;s.

An accident in KwaZulu-Natal in which 15 people died in a bus crash, and another in the Western Cape where eight died on the N7, pushed the number up substantially.

Police say they noticed an upswing in unlicensed drivers this Easter, and speeding remained a big problem.

Maswanganyi said about 61,000 motorists were charged with various traffic offences.