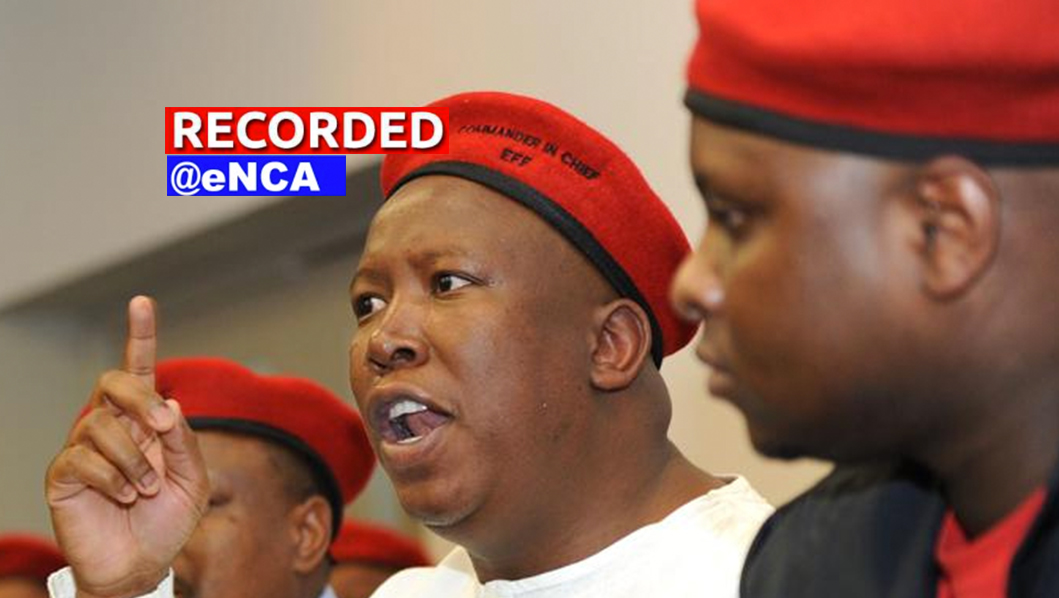 The EFFleader Julius Malema briefs the media about the Gupta email saga at their offices in Braamfontein on Thursday morning. ?

BRAAMFONTEIN - The EFF wants President Jacob Zuma to withdraw his application to review the Public Protector's State of Capture report.

The report recommended that Zuma establish an inquiry into allegations of state capture.

Zuma wants the recommendation reviewed, with the matter scheduled to be heard in court in October.

He says the graft amounts to as much as R10-billion.

Malema said Finance Minister Malusi Gigaba is at the centre of the alleged corruption.

The Sunday Times reported that Gupta family appears to have laundered almost half a billion rand through India’s state-owned Bank of Baroda over 10 months.

The paper is in possession of hundreds of thousands of leaked emails.

Some contain transfer requests, showing the family moved money between their companies and the bank.

Amounts range from a few thousand up to R49-million.