WATCH: Zille to step down from DA decision-making bodies 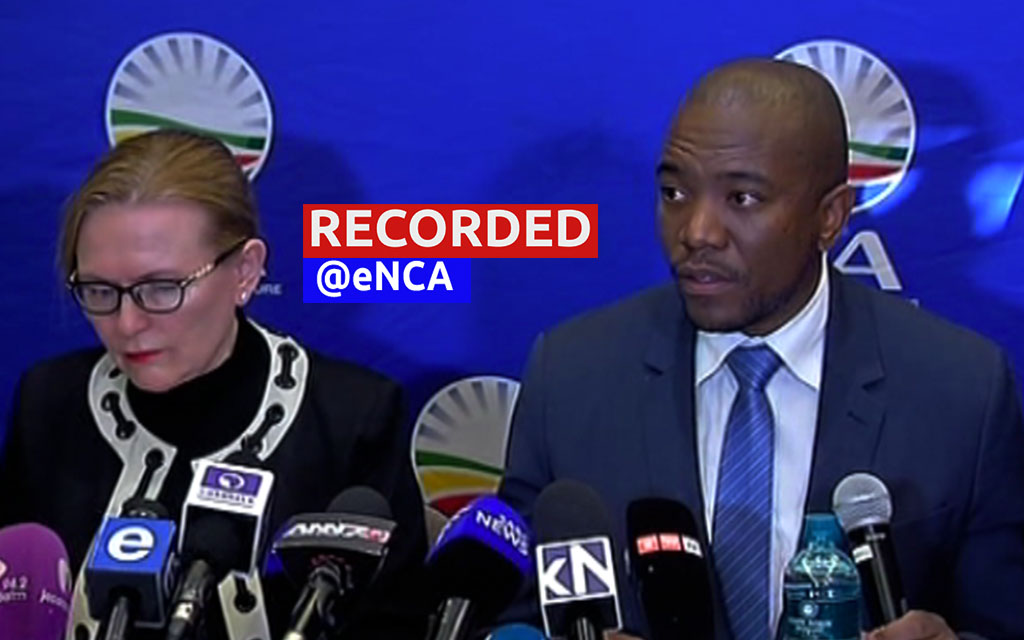 Western Cape Premier HelenZillehas been forced to apologise unreservedly for her controversial tweets on colonialism. She will also vacate her positions on all decision-making structures in the party, after offering to do so.

ROSEBANK - DA leader Mmusi Maimane said that Western Cape Premier Helen Zille’s tweets on colonialism did damage to race relations in the country and set the DA back as a party.

Maimane told a press conference on Tuesday morning that Zille is to vacate her position from all decision making structures of the DA, but she will remain premier of the Western Cape.

He said Zille's communication will focus on issues of the Western Cape government only not DA related matters.

They both confirmed that Zille will still be part of caucus meetings though.

I realise my Tweets were insensitive to those who suffered from colonial oppression for this I am sorry, she said.

In the course of our engagements @helenzille realised her tweet & communication that followed was hurtful to many, particularly black SAns

I believe this agreement allows us to draw a line in unfortunate episode,” Maimane said.

He said Zille’s willingness to admit wrong sets her apart from many others in politics.

However journalists were not convinced, eNCA’s Thulasizwe Simelane asked her about a radio interview in which she said Hitler’s legacy in Nazi Germany could not be compared to the suffering of South Africans during the times of colonial oppression.

"If I was giving an academic seminar we could go into it in quite some detail, but I don't think it's appropriate to do so."

"You may or may not know that a very large number of my relatives were murdered in the genocide of the holocaust in Germany and I had direct aunts and uncles die in the death camps and my parents were very lucky to escape as refugees, so, the legacy also lives with me and I understand it.

"Certainly large aspect of colonialism had strong elements of genocide, but they are not directly equitable and neither is defensible," Zille answered in response.

Maimane said he was personally angered by the tweet and reiterated his stance that “we all continue to be disadvantaged by colonialism.”

He said the DA was working hard to reconcile South Africans both black and white.

The DA's Federal Council Chairperson James Selfe told eNCA that the party has been damaged by Zille's tweets.

He says they will follow the DA's constitution when dealing with the disciplinary case against her.

Selfe was reacting to EFF leader Julius Malema's threat that his party would end its municipal coalitions with the DA in Johannesburg and Tshwane, unless Zille is removed as premier.

Maimane said during Tuesday's conference that Zille is doing a sterling job as premier, better than most in the country and she should be allowed to continue in this position.