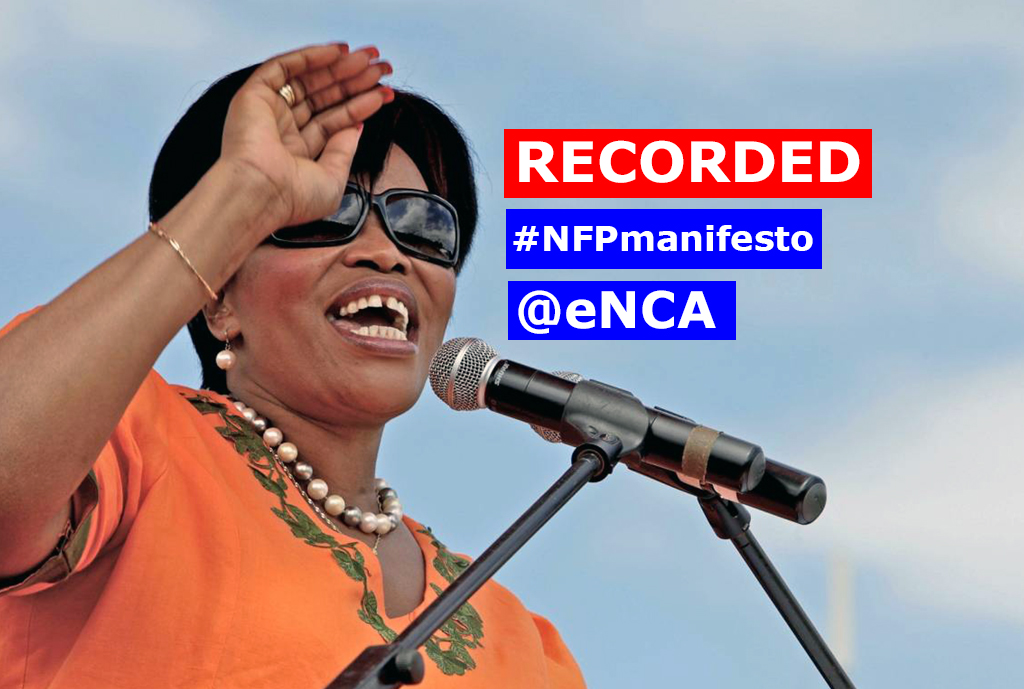 * This live stream is now over. You can watch the full proceedings in the gallery above.

Your full guide to the 2016 Municipal Elections.

VRYHEID: The National Freedom Party launched its manifesto in Vryheid, KwaZulu-Natal, on Saturday.

Magwaza-Msibi&39;s daughter confirms that her speech was affected by the stroke. She will present her Mom&39;s message NFP

Gugu Gumede daughter of Magwaza-Msibi is addressing the crowd NFP

Party leaders promised service delivery to be at the centre of its governance.

NFP Secretary General hlanhla Khubisa says, “The party has been growing, it has spread all over the country. We are bringing forth governance with no corruption."

"We are bring forth a caring governance. Caring for the weak, for the poorest of the poor, the indigent, the women, the orphans, the disabled and all."

Khubisa added, "The majority of municipalities in South Africa have been mismanaged, with corruption and cadre deployment systematically destroying the capacity of local government."

"Service delivery protests have become an everyday occurrence, with our people resorting to violence to show their dissatisfaction and frustrations."

As Magwaza-Msibi drives through the stadium her supporters are wild with excitement NFP pic.twitter.com/jCyyHG9KXq

The police say at least two thousand people are here, but it looks like its much more NFP