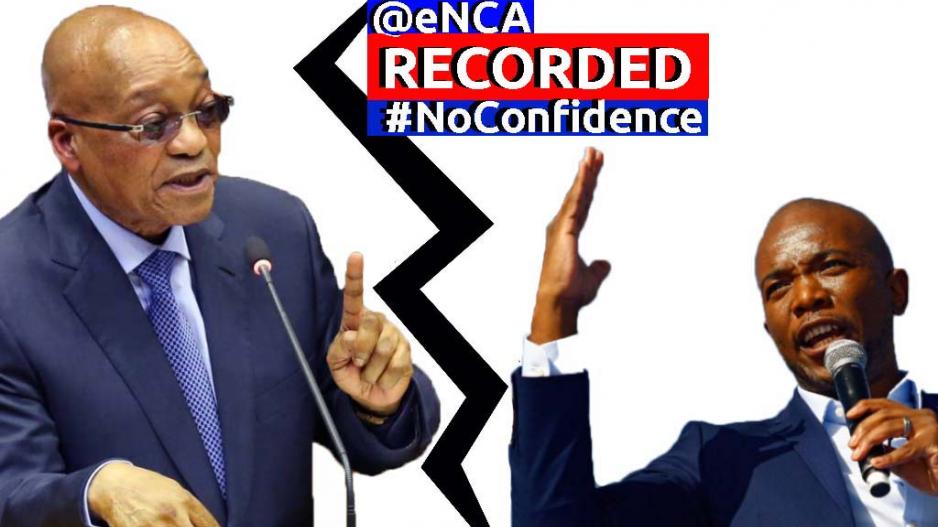 Members of Parliament debated on whether Jacob Zuma must be removed as the president of South Africa.

CAPE TOWN - President Jacob Zuma survived yet another motion of no confidence.

The Democratic Alliance appealed to ANC’s members of parliament to vote with their conscience.

This will be the DA’s third attempt at unseating Zuma through a motion of this nature in the national assembly.

* Watch the gallery below for previous motions of no confidence brought against President Zuma.

Have you chosen your ANC MP?#AdoptAnMP - Send them an email - they MUST vote Jacob Zuma OUT on Thursday #ZumaOrSAhttps://t.co/1JlPepzvAs pic.twitter.com/q9IRwVpviS

The debate comes in the wake of a Public Protector State of Capture report implicating President Jacob Zuma in his dealings with the Gupta family.

The frivolity of this motion is that it claims guilt of state capture on the part of the President when none in fact exist in the report.

“On almost every front, and in almost every community, our country faces unprecedented crises that threaten to undermine the progress our nation has made since 1994, and jeopardise our shared future," Maimane once said.

The party's chief whip John Steenhuisen said this week’s programme was circulated on Friday evening, with an ommission of the motion of no confidence.

The "inexplicable delay "which had dogged this motion had been raised in numerous forums to no avail, the party’s chief whip John Steenhuisen had said.

Meanwhile, ANC spokesperson Moloto Mothapo says Jackson Mthembu’s call for the president to step down is not representative of the entire party.

He was speaking ahead of Thursday's scheduled motion of no confidence against President Jacob Zuma.

“What comrade chief whip said and what is the position of the ANC in parliament in so far as this particular motion is concerned, are two different things."

"You remember that he made that call as an individual member of the NEC. But we are dealing here with the contents of the proposed motion of the DA. And whether it is appropriate, it makes sense. And the answer is no."