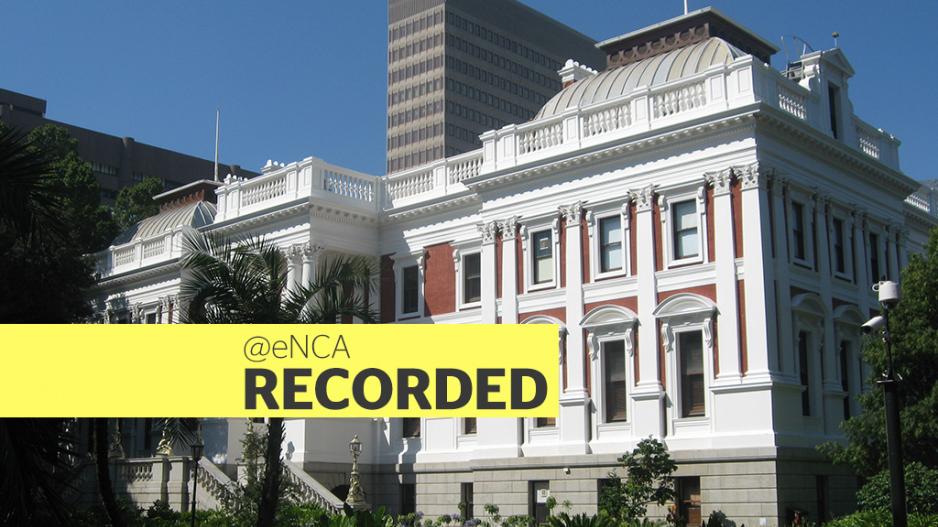 * Editor's note: This livestream is now over. Watch the recording above.

PARLIAMENT - A portfolio committee on Public Enterprises meeting in Parliament on Tuesday is to place the spotlight on a number of contentious issues.

On the agenda are a briefing by the South African Council of Churches (SACC) on the findings of the “Unburdening” and the “Betrayal of the promise” reports.

There will also be a briefing on the Organization Undoing Tax Abuse (Outa)'s “No Room to Hide” report, and the meeting will be updated on the enquiry into Eskom's affairs.

Eskom has been in the news for a number of reasons, including revelations that the power utility and its leaders repeatedly misled the country about its business dealings with Gupta-linked companies and its apparently unlawful efforts to help them make hundreds of millions of rand.

It also said it would pay millions of rands in bonuses to executives, including Brian Molefe, despite reports that it is cash-strapped.

According to the SACC, rampant corruption driven by efforts to capture all apparatus of the state, plus a Cabinet with “a diminishing integrity”, are pushing South Africa to the brink of becoming a mafia state, with no point of return.

The SACC recently released its report of the so-called Unburdening Panel at the Regina Mundi church in Soweto. The report is a consolidation of information received from corruption whistle-blowers who have opted not to approach authorities because they fear victimisation.