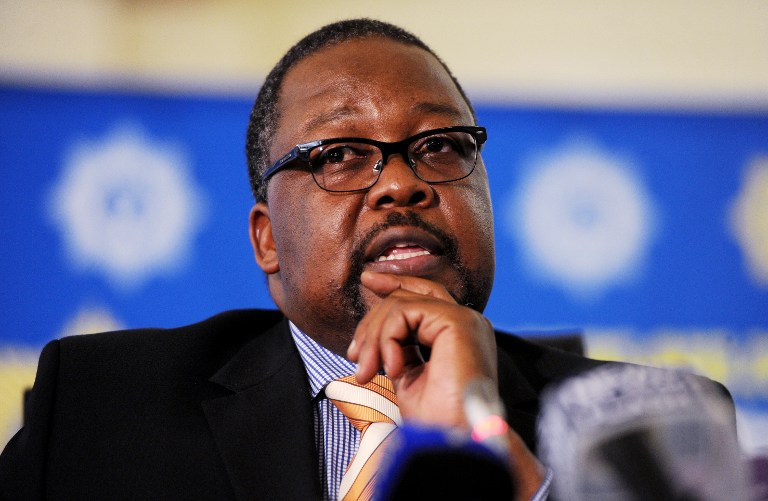 This live stream is now over. You can watch the recording in the gallery above.

News24 reported on Sunday that Nhleko had arranged for R30 million to be paid to an NGO associated with Nomcebo Mthembu, rumoured to have a romantic relationship with the minister, in exchange for goods and services which could have been provided for free.

Nhleko also faced criticism for the suspension of Robert McBride in March which was ruled by the Constitutional Court to be unlawful.

McBride returned to office in October after Nhleko was ruled to not have the legal power to suspend him for what the minister claimed was the “doctoring” of a report by Ipid on former Hawks head Anwa Dramat and the unit’s Gauteng boss Shadrack Sibiya.

#Nhleko says he will NOT talk about the relationship between him and Mthembu "My feelings are my feelings, izinto zabantu abadala azingenwa"