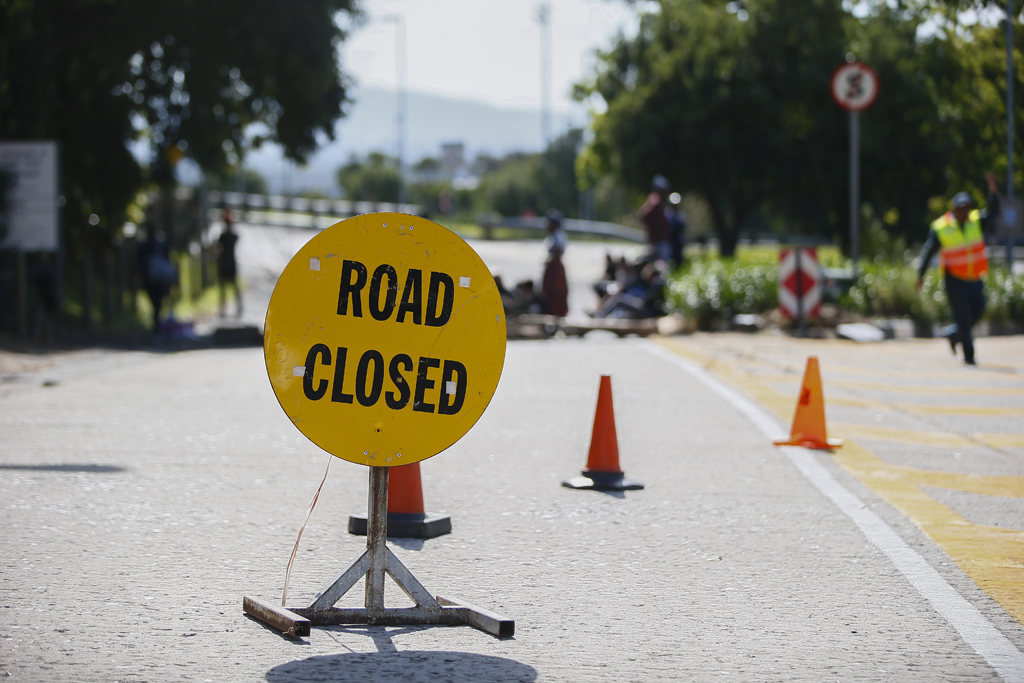 A road traffic sign diverts motorists from the M3 highway exit as students blockade an entrance to the University of Cape Town (UCT) campus under the banner #FeesMustFall, Cape Town, 20 September 2016.

PRETORIA - The security cluster has announced government's plan of action on Friday, as students force universities to shut down across the country.

READ: Why student protests in South Africa have turned violent

Minister in the Presidency, Jeff Radebe says police will ensure those responsible for criminal activities will face the full might of the law.

President Zuma met with security cluster ministers over the Fees Must Fall protests, on Thursday.