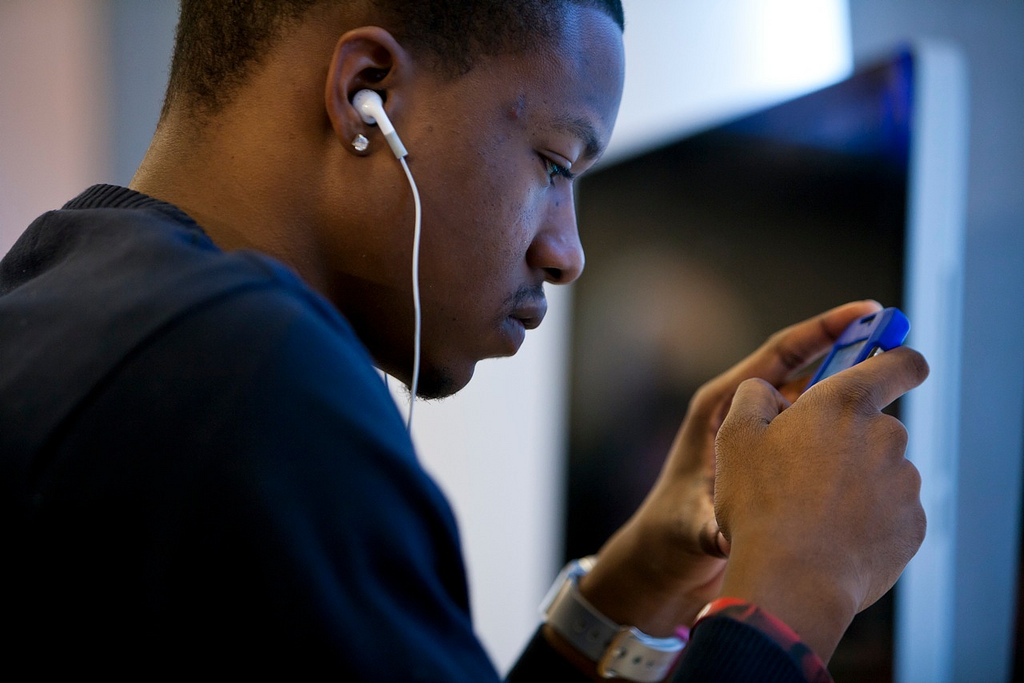 FILE image of a college student on his cellphone.

The protest was organised by Right2Know (R2K) and the Diepkloof Voices of Poor Concerned Residents.

The pickets were staged at service provider offices in Johannesburg, Midrand and Pretoria.

At the same time, people made their feelings known on Twitter, with the hashtag ##DataMustFall trending yet again.

In South Africa, 10 litres of petrol is cheaper than 1GB.

Clearly we have a problem. #DataMustFall

R2K says South Africa has some of the most expensive data rates in the world and cellphone companies make as much as 300% profit on SMSs, according to GroundUp.

Some Twitter users tried to put a humorous spin on the matter.

With how things are going, one day we gonna be forced to lay-buy data. Ai #DataMustFall pic.twitter.com/mmJgjhuEz3

#DataMustFall so that people will afford video calls to avoid being catfished. pic.twitter.com/dgCCD2TfhJ