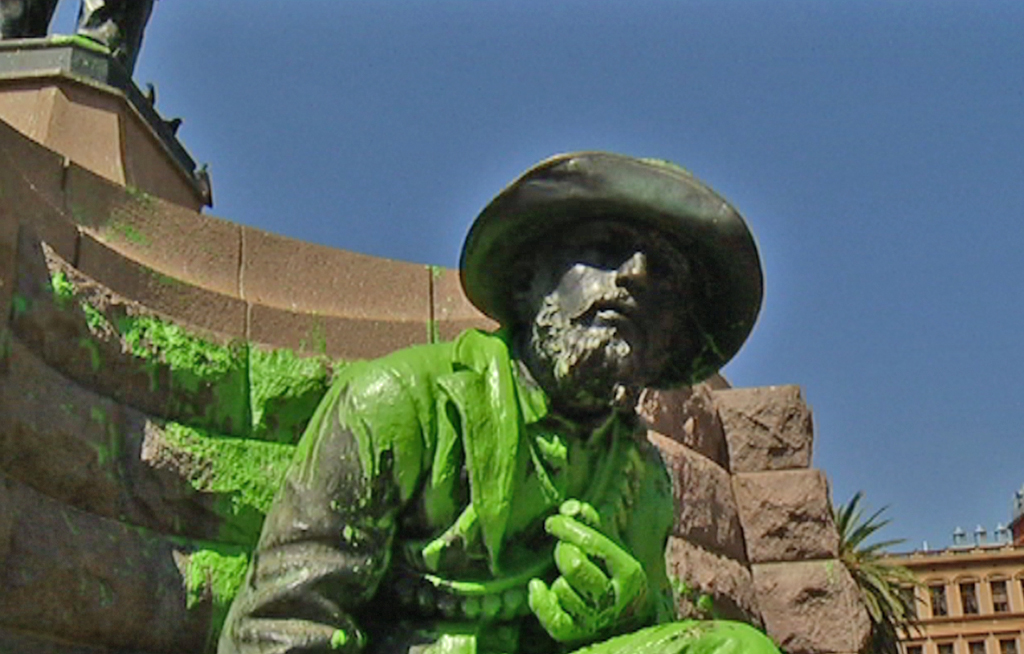 Vandals who targeted the Paul Kruger statue on Church Square in Pretoria have been charged. The EFF, after a bit of toing and froing, has claimed responsibility for the defacement.

JOHANNESBURG - Charges have been laid against the vandals who targeted the Paul Kruger statue on Church Square in Pretoria.

After a bit of to-and-froing, the EFF has claimed responsibility for the defacement.

Last week, the party set alight a war memorial in Uitenhage and threatened to remove the Paul Kruger memorial.

Vandals threw paint on the Paul Kruger statue in Pretoria on Sunday.

An eyewitness took these photographs just moments after the monument was vandalised.

A case of property damage has been opened and additional charges may follow.

For more information on the article watch video above.