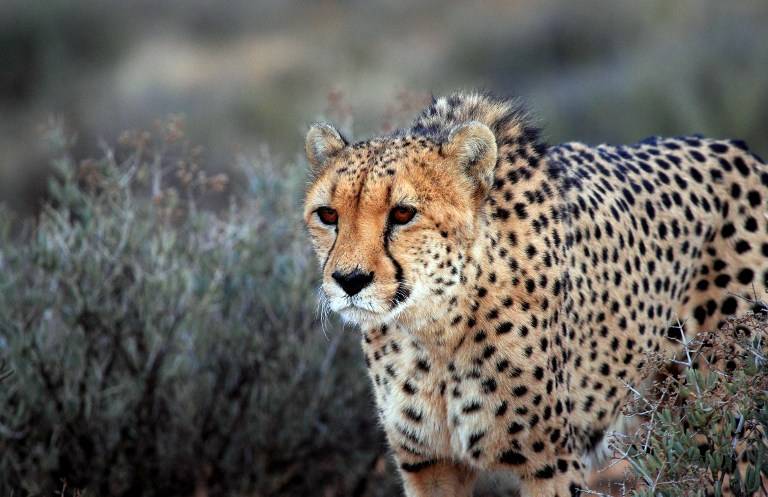 Mangaung - Cheetahs have not been seen in the Free State province for nearly a century but the big cats look set to return to the province.

With assistance from the Endangered Wildlife Trust, a few of the cats will be reintroduced to the Laohu Valley Reserve outside Philippolis.

The reserve welcomed two new cheetahs on Monday and more are expected to follow soon.

The animals will be relocated from the Eastern Cape and they will be joining the tiger, buffalo and a sloth among other beasts roaming the Laohu reserve.

“There&39;s a good almost 30,000 hectares of beautiful, pristine rehabilitate habitat for them. They will hunt for themselves, fend for themselves and act like real functioning cheetahs,” said Kelly Marnewick of Endangered Wildlife Trust.

The new arrivals will spend a few weeks in a small camp, before being released into the reserve.

The duo will be monitored via radio collar.

It is hoped that they will help raise the estimated number, 1,200, of wild cheetahs currently in South Africa.

“We hope in the next couple of months to get a female or two to bring in to release onto the reserve and hope to see cheetah cubs in the Free State in the very near future to really contribute to the bigger picture of cheetah conservation in South Africa,” said Marnewick.

Cheetahs feature on the Free State provincial crest and the name of the Free State capital, Mangaung, means place of the cheetah in the local SeSotho language.

Even the province&39;s rugby team is named after the animal.