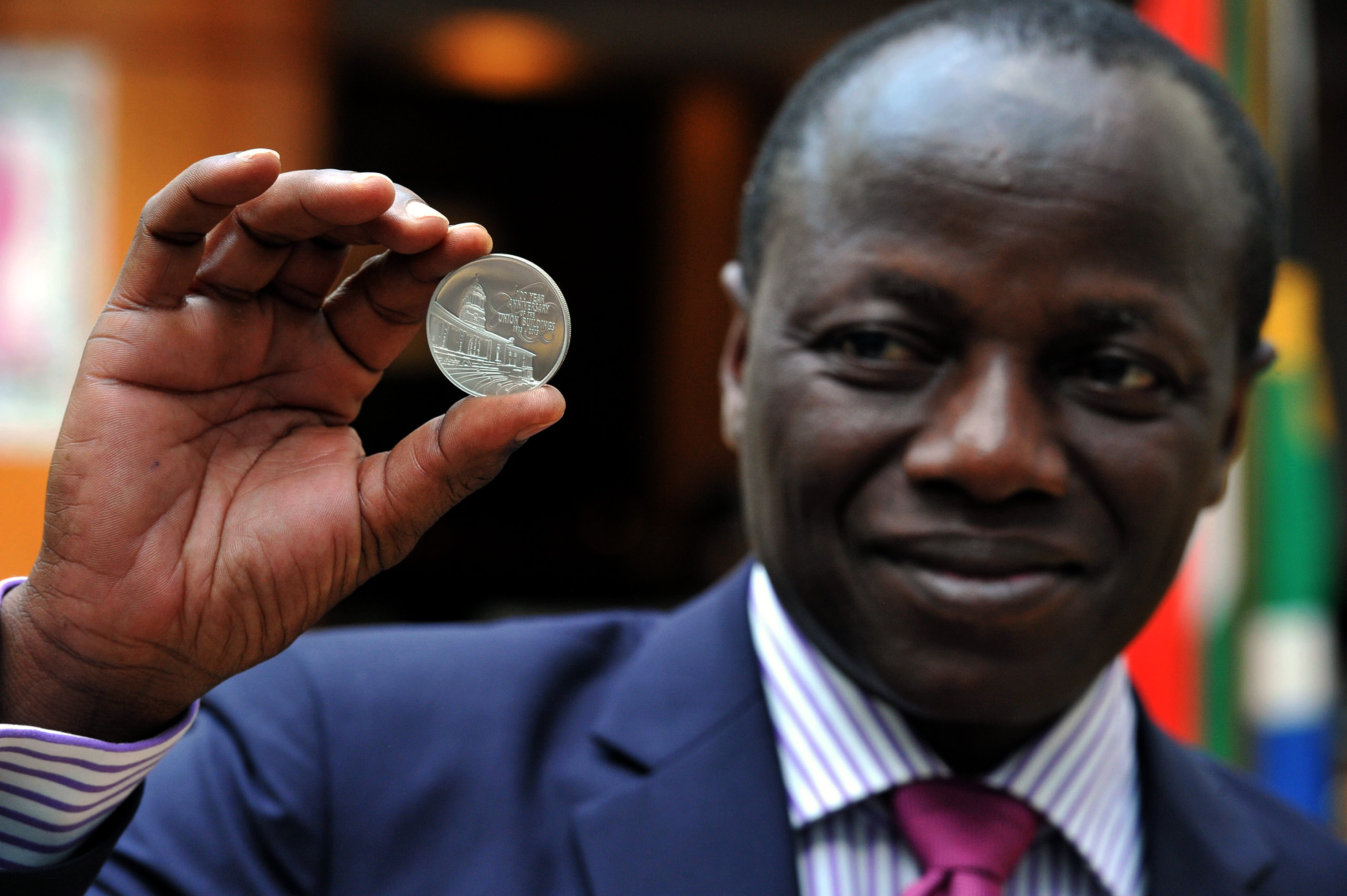 Minister in the presidency Collins Chabane holds the commemorative coin marking the centenary of the Union Buildings in Pretoria, Wednesday, 18 December 2013.The SA Reserve Bank introduced the new R2 coin on Wednesday.

Chabane and his bodyguards Sergeant Lesiba Sekele and Sergeant Lawrence Lentsoane were killed instantly when a truck allegedly did a u-turn in front of their car on the N1 near Polokwane in the early hours of Sunday morning.

Police arrested the driver on Sunday and opened a case of culpable homicide. Blood was drawn from him to test for alcohol.

The man was expected to appear in the Polokwane Magistrate&39;s Court on Tuesday.

Mogoeng said he and Chabane had spoken at the same event on Friday night. "I was deeply touched by his words when he spoke of the importance of Christianity in our lives and further highlighted the importance of prayer - even as a politician.

"It is at times like these that we truly understand the need for prayer, particularly for Mr Chabane and his family who believed in it," Mogoeng said.

He conveyed his condolences to Chabane, Sekele and Lentsoane family.

"We will keep them all firmly in our prayers," he said.

The Thabo Mbeki Foundation also expressed great shock and sadness in the passing of Chabane and his two bodyguards.

The foundation said Chabane was a reflective man who was forever concerned about bettering the lives of the people.

"From a young age, Collins dedicated his life to the struggle against apartheid and became one of the outstanding members of the 1976-generation who did much to intensify our people and movement&39;s offensive against the apartheid crime against humanity," the foundation said in a statement.

"For their part, Sergeants Sekele and Lentsoane were the hard-working civil servants whom our country requires for government and society to address the legacy of colonialism and apartheid.

"Like Minister Chabane, Sergeants Sekele and Lentsoane are soldiers who died in the line of duty."

The foundation also conveyed its condolences to the family.

Minister in the Presidency Jeff Radebe announced that Chabane would get a special official funeral.