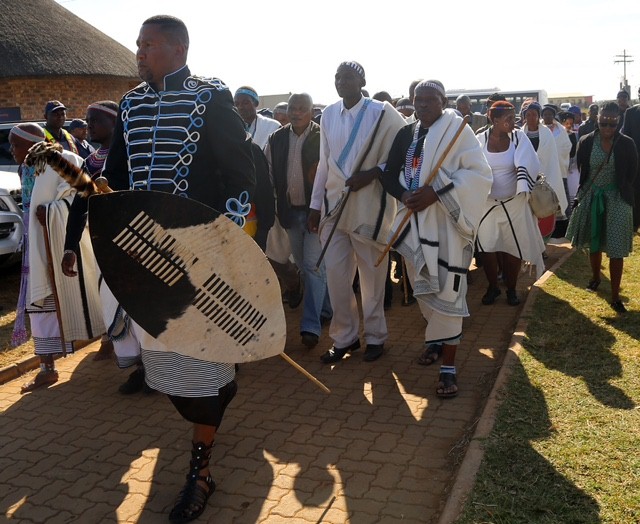 Mvezo chief Mandla Mandela is seen arriving at the Nqadu Great Place ahead of AmaXhosa King Mpendulo Sigcawu coronation on Friday May 15 2015 in Nqadu, Willowvale in the Eastern Cape.

In a statement opposing the controversial move, the Chief called the decision “an act of perverse incitement.”

“Jerusalem will always remain the capital of Palestine,” reads the statement.

“Trump&39;s illegal act of declaring Jerusalem the capital of Israel is an act of aggression against the Palestinians and all freedom loving people in the world.”

Eight countries have since called for an urgent meeting of the UN Security Council to discuss the matter. Bolivia, Egypt, France, Italy, Senegal, Sweden, the United Kingdom and Uruguay want a meeting by the end of the week.

Supporting the same sentiments, the chief said Trump&39;s decision "affirms that once again the USA regime is on the wrong side of history. Just as it supported apartheid South Africa&39;s brutality, it now unashamedly supports Apartheid Israel and its ongoing genocide in occupied Palestine."

Mandela says the decision has reduced the peace process to a mockery in which the expansion of illegal settlements continues unabated.

“Only the extremely insane and seriously delusional can construe such dastardly acts of aggression against UN recognised Palestinian rights as contributing to peace.”

The chief has called upon the Parliament of South Africa to outrightly condemn the move.

He has also called upon delegates at the upcoming ANC National General Council to demonstrate indignation and call for a special resolution in condemning “Trump&39;s illegal declaration.”