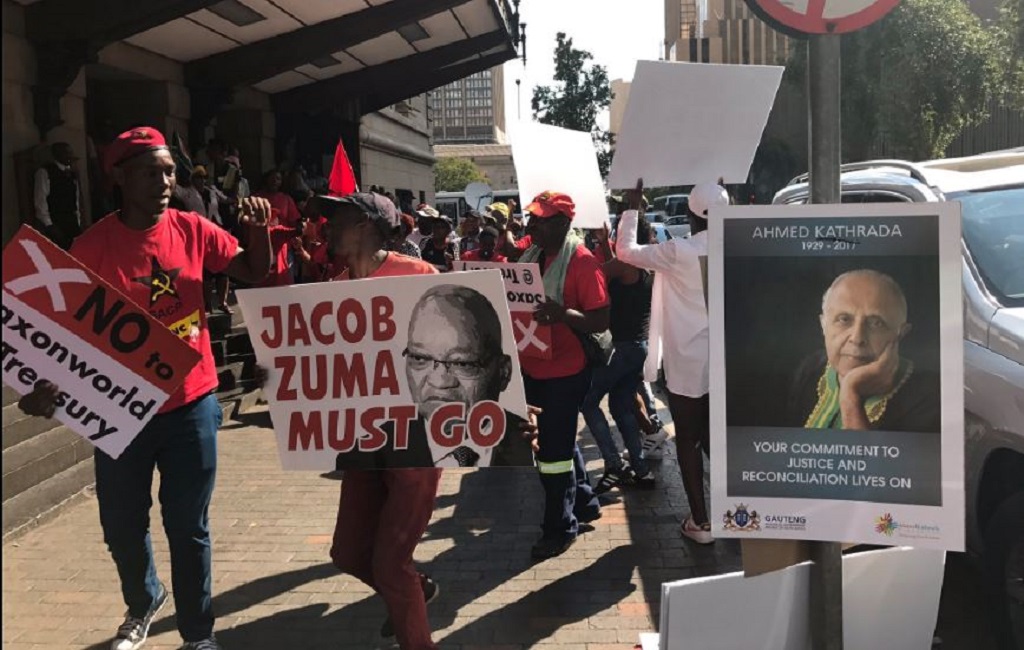 JOHANNESBURG – The South African Communist Party has dropped a bombshell on its alliance partner the African National Congress, calling on the governing party to choose between the country and, the wealthy and politically connected Gupta family.

This comes as President Jacob Zuma’s decision to reshuffle his Cabinet on Thursday has been widely criticised, even from within the ANC and its alliance partners.

#KathradaMemorial "We are captured by the values of our movement, the African National Congress," says SACP's Solly Mapaila pic.twitter.com/7qXyCKVZh0

Speaking at the memorial service for anti-apartheid stalwart Ahmed Kathrada in Johannesburg on Saturday, SACP second deputy secretary general Solly Mapaila said the firing of finance minister Pravin Gordhan by Zuma had made it clear to them that the hard-won gains of democratic institutions were being reversed.

“Democracy is not about individuals working for themselves and their families at the expense of the country.

WATCH: What should public do? Organise, says Gordhan

Zuma is a close friend of the controversial Gupta family who run a business empire from which all South African banks, among others, have disassociated themselves.

The Guptas are also believed to wield massive influence over cabinet appointments and dismissals, a prerogative of the president.

Mapaila read a portion of the SACP political bureau statement released after the PB’s meeting on Friday calling on Zuma to resign.

“This recklessness has provoked widespread concern and anger within the ANC itself and across all sectors of our society. We have reached a decisive moment in which, in the considered view of the SACP leadership, Zuma must now resign,” Mapaila read.

Kathrada was buried on Wednesday at Westpark Cemetery in Johannesburg.

Zuma did not attend the funeral, apparently “in compliance with the wishes of the family”.

Kathrada died on Tuesday at the age of 87 at the Donald Gordon Hospital in Johannesburg after a short illness following brain surgery.