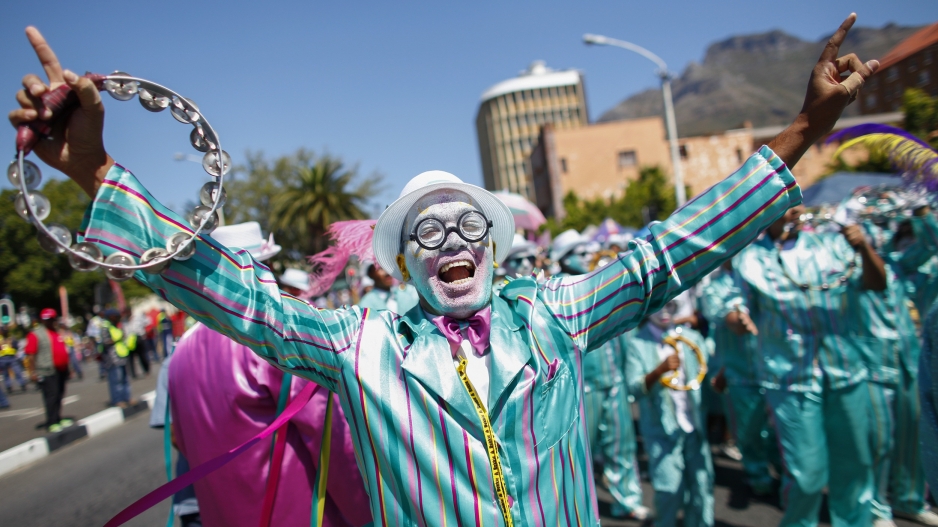 A member of the Cape Minstrel band gestures as he attends the annual 'Tweede Nuwe Yaar' (second new year) carnival through the streets of Cape Town.

"First of all, there’s absolutely no guarantee that this event will take place on January 10 as they are proposing because they still have to make an application for a permit for that event," said De Lille.

Carnival president Richard Stemmet said on Monday that the parade had been postponed to January 10.

He said they could not host the parade on Monday because it was the first working day of the year and buses were not available to transport people.

The other reason was the unavailability of a venue for VIPs.

In November, the city along with the province signed an agreement with the newly formed Cape Cultural and Carnival Committee which would guide the way forward and to ensure successful annual events.

In discussions with the city, the associations and boards allied to the Cape Town Minstrels Carnival events and competitions believed they were well aligned and ready to organise the events themselves.

"They requested that the city play a supportive role, as in previous years, rather than a co-ordinating role... It is their own doing that the event is not taking place."

She said the city had already given the committee R2-million to organise the events along with city support services valued at R1.65-million, while the province also gave the committee a total of R2.35m.