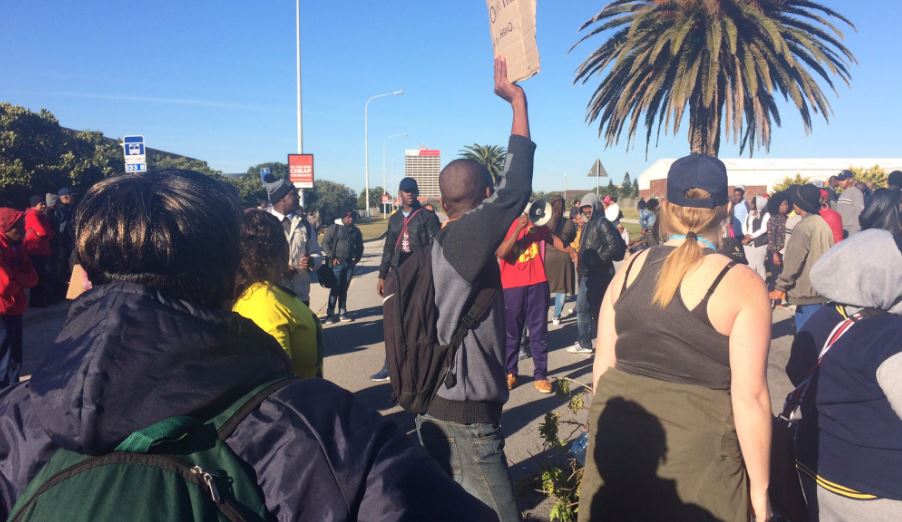 Clashes between protesting students and police continued in Port Elizabeth on Thursday.

Thirteen cars were stoned on campus, while police forced the gate of the Letaba Residence open, after students threw rocks out of windows.

Some students caught-up in the clashes suffered panic attacks.

Student having a panic attack being helped by paramedics #feesmustfall pic.twitter.com/YgFprLMo2o

A few lectures went ahead on Thursday morning, but most were cancelled.

Management says campus has been closed for four weeks, and classes have to continue now, or the academic year will be lost.

Forty-two NMMU students have been arrested and charged for public violence in the last three days.