Cleaning up Alexandra - a major challenge for all 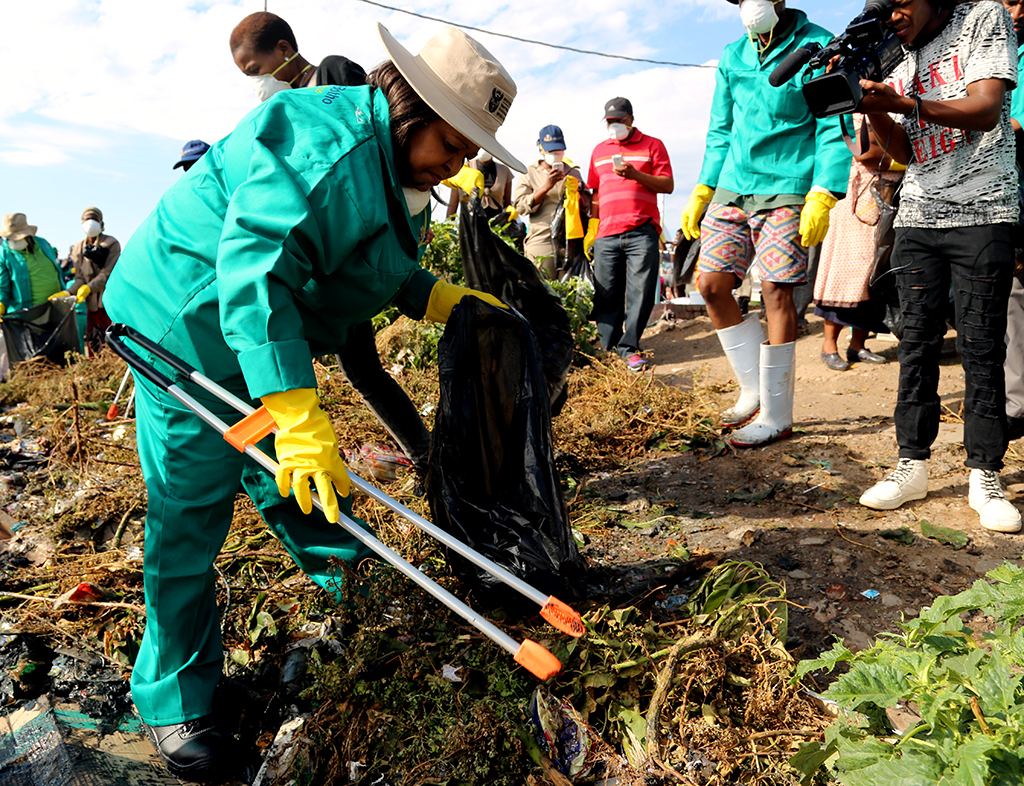 JOHANNESBURG - Another clean-up in Alexandra has left some residents skeptical of the Gauteng government’s efforts to keep their township clean.

“This is not the first clean-up in Alex there’ve been a lot of clean-ups but I think what’s important is that they’ve not been sustainable,” said Lebogang Maile, Gauteng member of the executive committee (MEC) for economic development, environment, agriculture and rural development.

The government wants residents to take responsibility for waste removal.

“It doesn’t help to wait for government and leadership to after a certain period of time to come and clean we need to get to a point where people here will take up this responsibility,” said Maile.

One local resident Walter Molewa said that the rubbish in Stjwetla, an area situated on the banks of the Jukskei river, has been piling up for years.

Shacks on the banks of the Jukskei river in Alex @eNCA pic.twitter.com/23XCd4PpNd

“Where is Pikitup? They hire people to clean everyday but where do they clean? This rubbish has been here for five years,” said Molewa.

Another resident, Victor Mahlaule, said "We have no life here, there’s no cleanliness."

With rapid urbanisation, the pressure on waste management infrastructure is overwhelming.

“In the past five years, a million people moved to Gauteng. There&39;s almost 20,000 people who move into the different parts of our province every month and so it puts lots of pressure on education, healthcare and the demand for housing,” said Gauteng Premier David Makhura.

Levels of waste are high in Stjwetla, with rubbish buried into the river embankment and a large mountain of waste next to communal taps.

"It is hazardous, this is a disaster, this is undesirable, and this is inhuman. We shouldn&39;t be having a situation like this but it’s unfortunate, it’s a sad reality and we have to do something as government,” said Maile.

Plans include building more parks and vegetable gardens to ensure that the public space is occupied and to deter illegal dumping.

According to authorities, 60% of Gauteng’s waste is recyclable. This, according to Premier Makhura, presents major employment opportunities.

“Recycling can be a source of income for many in our communities so we want to work with them to ensure that we keep our province clean,” said Makhura.

However, after many years and different premiers Molewa said he was tired of false promises.

Resident Emmanuel Malatji said, "This kind of problem is going on and on because we don’t have a dustbin, plastic bags and there’s no skip where we can recycle."

"It’s not that we’re happy to live in a place like this -  in this condition. All we need to have a skip where we can through rubbish so they can come and collect it easily," he said.

The province has already invested R16-million in the programme and are calling on the private sector for more funds.