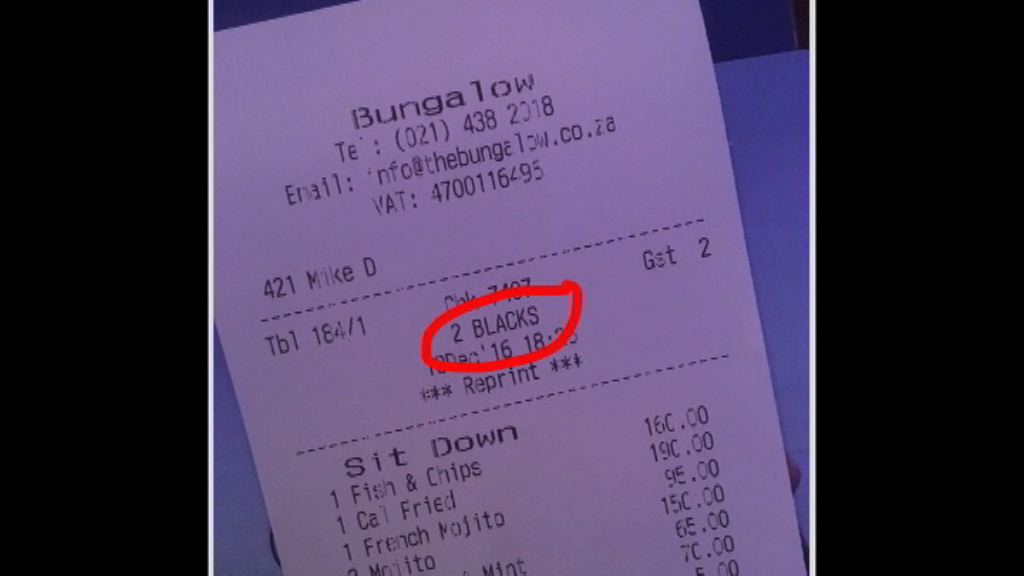 JOHANNESBURG, 20 December 2016 - A restaurant bill describing two patrons as two blacks has caused much controversy. The waiter from the Bungalow in Clifton, Cape Town has apologised and says he regrets the incident.?

CAPE TOWN – The waiter responsible for describing patrons as "2 Blacks" at The Bungalow at Clifton Beach in Cape Town has said he never intended the offenmce taken.

The waiter, Mike Dzange, says he regrets the controversial incident.

"I'd like to apologise deep from my heart for the trouble I have caused; it happened without intention of hurting anybody. I'd sincerely like to apologise to Mr Scott and partner,” Dzange, a Zimbabwean national said.

He has been suspended from The Bungalow, where he has worked for eight years.

Scott Magethuka tweeted a picture of this slip describing him as one of two blacks, accusing the Bungalow restaurant in Clifton of racism.

Dzunge admits he was wrong to use racial descriptions for patrons. He has been suspended in the interim.

eNCA caught up with Dzunge.