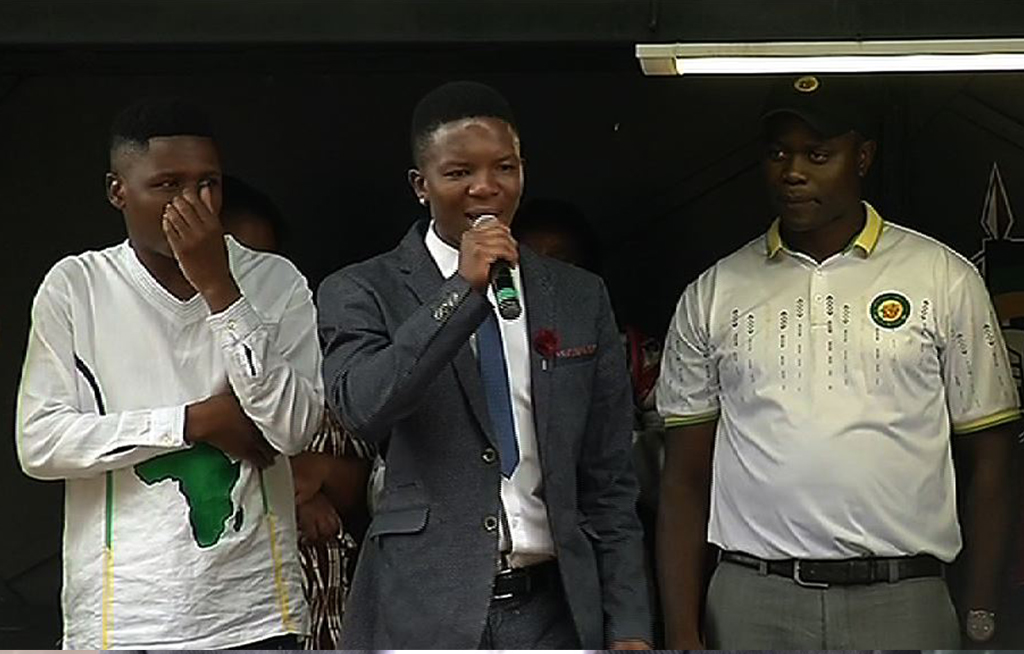 Theo Jackson and Willem Oosthuizen were holding regular talks with their legal team.

MIDDELBURG – Victor Mlotshwa will be given a house and slaughter a cow at his new home to cleanse him ritually after he was assaulted and shoved into a coffin by two white men, Mpumalanga MEC for Human Settlements Speedy Mashilo said on Friday.

“I will make sure that I do that job. We will invite all of you and slaughter a cow to cleanse him,” said Mashilo after Willem Oosthuizen and Theo Martins Jackson were sentenced to 11 years and 14 years imprisonment respectively for the assault.

Mashilo, who is also the Nkangala regional chairman of the ANC, made the announcement while addressing dozens of ANC members outside the high court sitting at the Middelburg Magistrate’s Court.

Judge Sheila Mphahlele in the Middelburg High Court had previously found Oosthuizen and Jackson guilty of the assault on Mlotshwa and another farmworker, Dalton Sithole, attempted murder, kidnapping and other charges.

The two men were arrested late last year after a video of them forcing Mlotshwa into the coffin went viral on social and other media platforms.

Mphahlele sentenced Oosthuizen to 16 years imprisonment, five of which would be suspended for eight years. This means Oosthuizen was sentenced to an effective 11 years in prison.

She imposed a 19-year sentence on Jackson, five of which were suspended for eight years. Jackson was effectively sentenced to 14 years in prison.

“The most appalling thing for the accused was to put a living person inside a coffin,” said Mphahlele before handing down the sentences.

The judge later turned down their application for leave to appeal their sentences.

The RDP house would be handed over to Mlotshwa’s family in Rockdale, said MEC Mashilo.

Mlotshwa could not contain his excitement as he sang and danced alongside ANC members on the back of the truck outside the court after the sentences were delivered.

“I feel much better now,” said Mlotshwa. “I’m glad this case has finally come to an end and justice has been served. I thank everyone who supported me.”

Oosthuizen’s wife, Chene, cried inside the court shortly after the judge pronounced the sentences, while crowds of people, including ANC and DA members, danced to the sounds of Struggle songs outside court.

Speaking outside the court, Nkangala district mayor Linah Malatjie said the ANC was in court to support Mlotshwa, not to politicise the case.

“Victor is an ANC Youth League member and we will continue to support our people… whether it’s Victor or any other person,” she said.