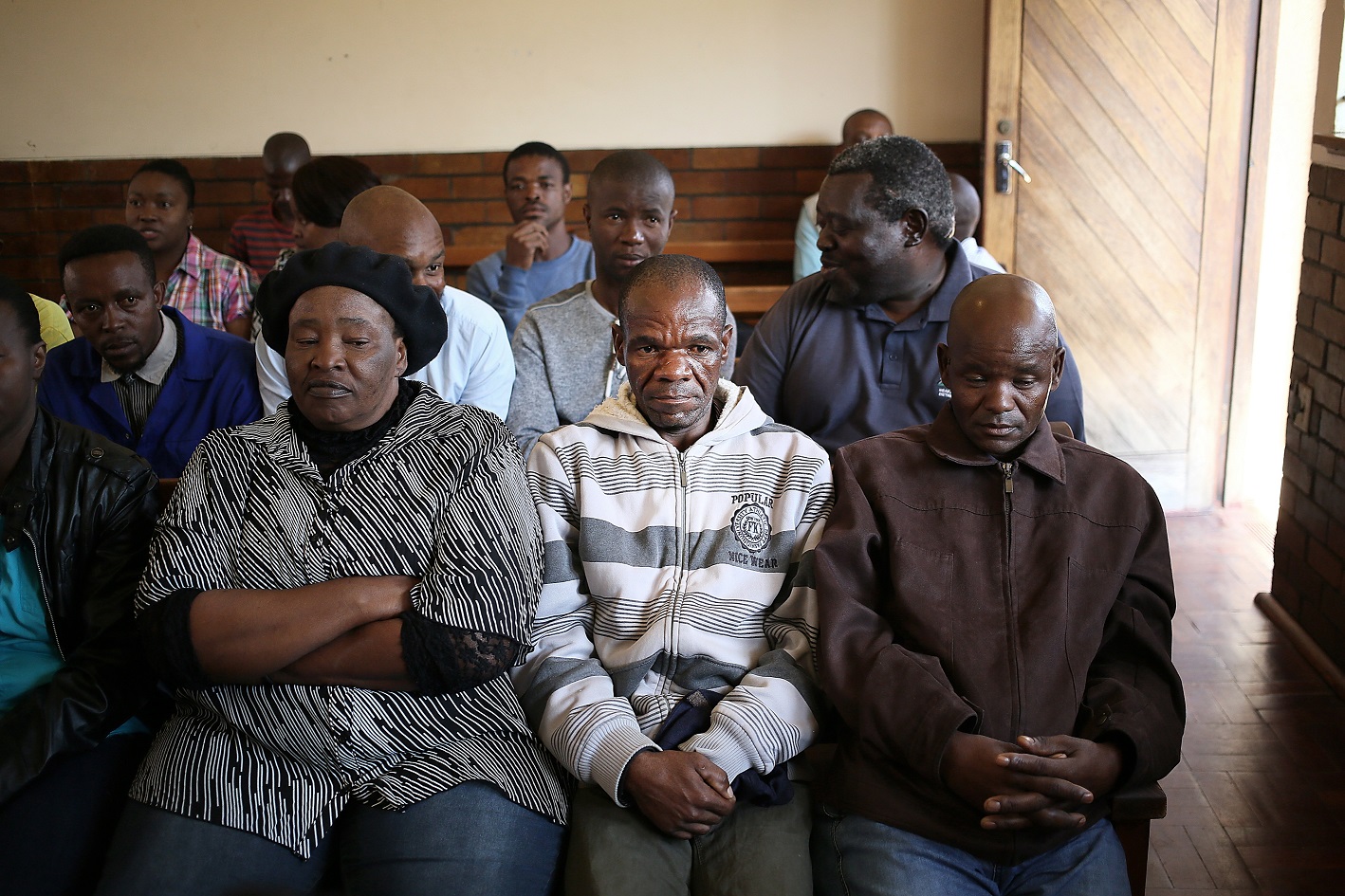 Sakie Dingake (centre), father of deceased Matlhomola Jonas Mosweu (17) during the bail application of murder accused Pieter Doorewaard, 26, and Phillip Schutte, 34 at the Coligny Magistrates Court on May 03, 2017 in Coligny.

“There is no confusion on whose hands did Matlhomola lose his life. He was in the hands of South Africans who are Afrikaners in Coligny. The courts must look on how he was killed,” he said at Mosweu’s funeral service in the Scotland informal settlement in Coligny.

“I am not a racist. I had problems with white superiority. If they are not racist, why do they signed a white all petition calling for the release of the accused on bail. Not [all] whites are racist, let whites who are not racist join us when we march against racism…,” Mahumapelo said.

READ: Family of Coligny teenager speaks out on his death

The two men were arrested on April 25 in connection with the death of Mosweu, generally known as Faki. They allegedly went to the Coligny police to report that a boy had jumped from a van while they were bringing him to the police station after catching him red-handed stealing sunflowers. However, an eyewitness claimed Mosweu was thrown or pushed out of the moving van. Magistrate Makgaola Foso was expected to make a ruling whether the two would be granted bail on Monday.

Mahumapelo said a government-led renewal, healing, and reconciliation programme would be launched in the Ditsobotla municipality.

South African Democratic Teachers Union North West chairman Mxolosi Bomvana said non-racist whites should be seen taking action against racism. “We must march together to fight racism. God has given men life but [in this case] it is not God who has taken life, it is men,” he said.

He also called on community members not to destroyed schools and clinics during protests. Mosweu, a grade six pupil at Haakboslaagte Primary School, was buried on Sunday in Coligny. Over 1000 people attended the funeral.