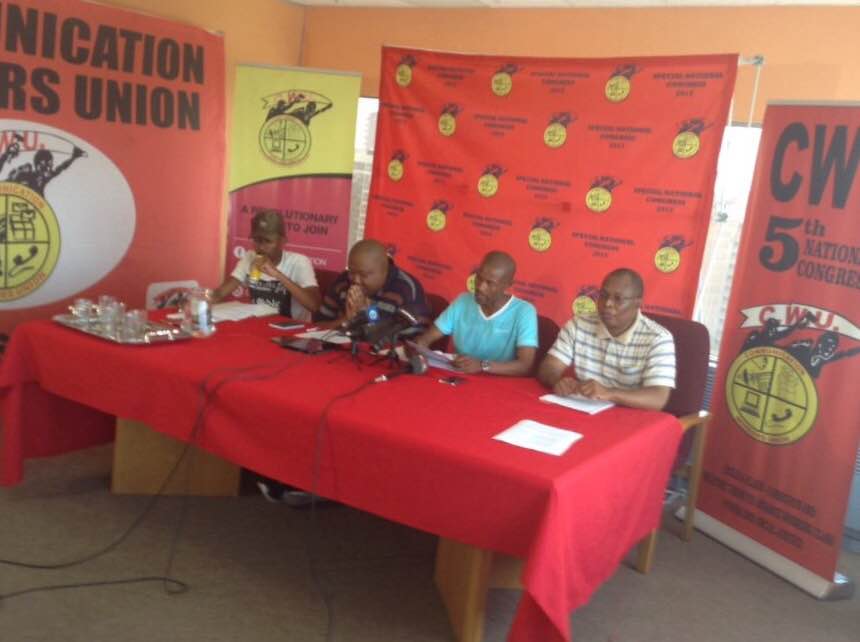 The union made commitments to take on a project of mass action in 2016 if the pace of media transformation in the country does not pick up.

JOHANNESBURG - The communications workers union (CWU) came out in full attack against Hlaudi Motsoeneng and Department of Communications minister Faith Muthambi in a press conference held at the union&39;s offices on Friday morning.

This comes in the wake of Motsoeneng being cleared by the South African Broadcasting Service (SABC) of all charges leveled against him by a commission of inquiry.

"We have a problem when the court makes a ruling and the same SABC, through the the minister, disrespects that and convenes its own inquiry", said union president Clyde Mervin.

A union statement expressed concern about the level of interference by the minister of communications. Moreover, the public broadcaster was said to be "marred by controversy" since it came under Muthambi&39;s leadership.

The union made commitments to take on a project of mass action in 2016 if the pace of media transformation in the country does not pick up.

"We can no longer keep quiet when the industry shows little or no signs of transformation and where the exploitation of workers is rife," said union general secretary Aubery Tshabalala.

Tshabalala further condemned "union bashing tactics, low salaries for workers and a reluctance to transform" on the part of media institutions.