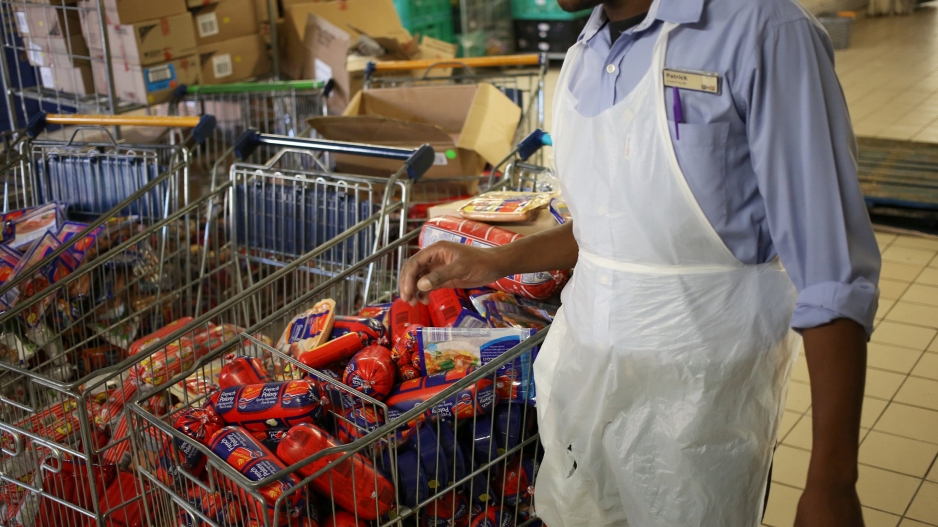 A worker walks past cold meat products after it was removed from the shelves.

JOHANNESBURG - The companies involved in the manufacturing of contaminated processed meat products could face lawsuits.

Since January 2017, 948 people have contracted listeriosis -- a disease caused by bacteria from soil, water, vegetation and animal faeces which can contaminate fresh food, notably meat.

At least 180 have died, according to official figures.

An attorney warned that lawsuits won&39;t be an easy process, especially for those who have already lost their loved ones.

"Only somebody who is dependent on those people for support could then claim the loss of support. There isn’t a claim for emotional distress or anything like that because of the people passing away," said Ian Jacobsberg, a Hogan Lovells partner.

The chief executive of Tiger Brands, which owns Enterprise, denied that its products had been shown to be responsible for the deaths.

"There is no direct link with the deaths to our products," Lawrence MacDougall told a news conference.

MacDougall did acknowledge that the government had linked the ST6 strain of listeria bacteria detected in Enterprise facilities with the outbreak.

"We are being extra cautious and vigilant, we are recalling all products made from the two facilities" affected, he said, adding that the government had only ordered the company to withdraw three product lines.

"Any loss of life is tragic. It is devastating for me to have our products linked to this outbreak."

As fears of listeria continued to rise in South Africa, food retailers have announced product recalls.