Concern raised over army, police working together in communities 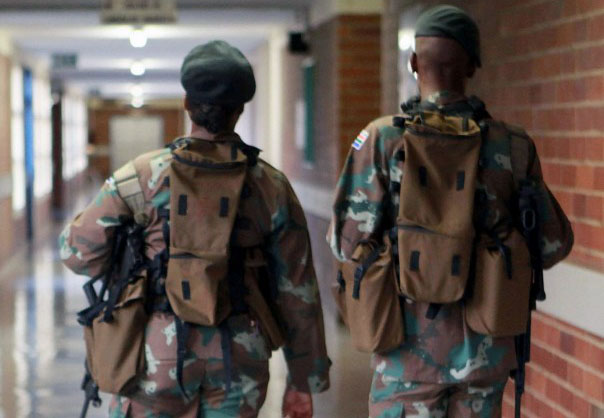 The first group of SANDF soldiers has already been charged and is being sent back to South Africa.

JOHANNESBURG - A crime expert says deploying the South African army is not the answer to tackling gang violence and crime.

Mbalula has written to the Defence Minister and the Presidency, requesting military assistance in Western Cape and parts of Gauteng.

For years, experts have questioned whether using the SANDF to curb gang-related crime is at all useful.

Safety and Violence Initiative director, Guy Lamb, says the army should merely provide a helping hand to the police.

"Typically what their role has been is to collaborate with the police in operations often known as high density saturation operations, where they go into high crime areas to arrest criminals, confiscate unwanted firearms, but what is key here is that it is police led operations," says Lamb.

He also warns against the army working alone, as that would be onconstitutional, unless approved by the president.

He also asks: "What sort of message does it send to communities involved? If the military is being deployed, its their job is to fight and kill enemies. If you send the military in, it is nor trained to deal with the sophisticated issues and complexities off policing. Their job is to use their weapons to kill and injure people."

Lamb says government needs to rethink its overall strategy an policing should be prioritised, but the social development of families in affected areas is just as important.

The SANDF says if its deployed to high crime areas in Gauteng and the Western Cape, its role and that of the police won't cross.