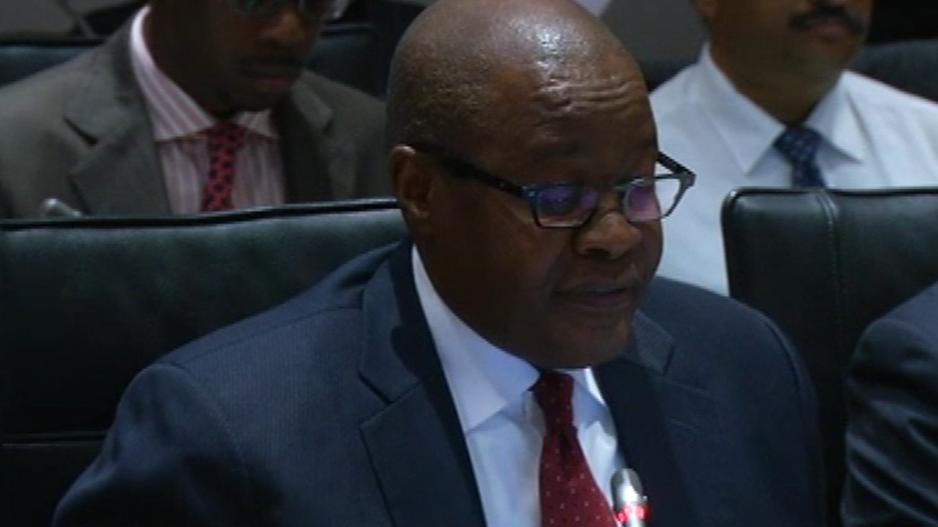 JOHANNESBURG - The ANC said on Wednesday that confusion about Brian Molefe's ANC branch will not deter his rise to Parliament.

Molefe's membership has been in the spotlight since his nomination to Parliament by a North West branch last week.

Since then, two grassroots ANC units  have claimed that he is their member; while claims by a third branch, Bekkersdal, were deemed a hoax.

Speaking to eNCA on the sidelines of the budget speech ANC National Spokesperson Zizi Kodwa said party is dealing with the issue within its internal structures.

However as the mystery over Molefe’s political home deepens, the ANC clarified that one member cannot belong to multiple branches.

“You can only belong to one branch, if you move for whatever reason, from one branch to another, you need a letter of transfer from the original branch. That you are a member in good standing to another branch,” said Kodwa.

Hartbeespoort and Irene claim that Molefe joined their respective branches in 2011, and that he is a member in good standing at both.

Hartbeespoort's ward 29 unit even displayed the membership papers during a media briefing on Tuesday.

“We don’t know about Irene branch, if there’s anything to do with the Irene branch, then the people of Irene must give us that proof. And if they did not see potential in comrade Molefe, it’s their loss!” said Papi Patele from the ANC's North West Youth League.

Kodwa was adamant that the branch confusion will not affect Molefe’s rise to Parliament.

“It won’t at all, the issue about which branch you belong to is an administrative issue, maybe branches lapsed with regards to the transfer letter it doesn’t affect your movement as a person and your status of membership in the organisation,” Kodwa added.

While plans to swear in Molefe have been placed on ice for now, Kodwa has described as nothing but speculation, suggestions that he might be taking over the Finance department.

READ: Molefe will not be sworn in yet

“Those speculations were made about many other people, because many issues are meant deliberately. Speculations are meant to create instability and uncertainty. Especially among domestic and international investors,” he said

In the meantime First National Bank whose stamp appears on the papers displayed at Tuesday's briefing says it needs to thoroughly investigate in order to establish their authenticity.