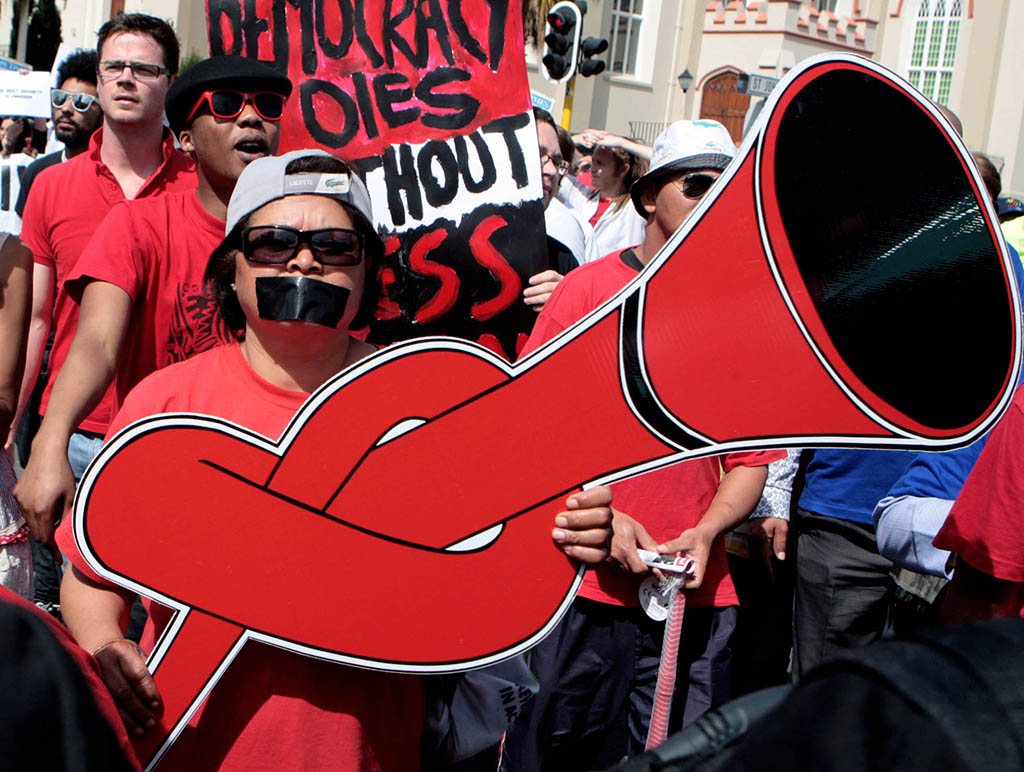 Protesters march to Parliament in Cape Town against the so-called secrecy bill on Saturday, 17 September 2011.

JOHANNESBURG - Parliament on Thursday issued a statement saying papers sent out earlier in the day were "draft Acts," and not the signed Protection of State Information Act.

This was in response to the confusion caused by tweets from prominent Johannesburg-based media lawyer, Dario Milo, who incorrectly stated the controversial bill had been signed into law.

Webber Wentzel&39;s Milo, considered an authority on the bill, tweeted earlier on Thursday that it had been signed by President Jacob Zuma and assigned a number.

POSIB SecrecyBill has been signed and is now the Protection of State Information Act 41 of 2013; comes into force on date to be proclaimed

Within minutes, Milo showed uncertainty in a second tweet:

Getting clarity from librarian re status of POSIB SecrecyBill. Have proofs from parliament sent by @SabinetLaw but Act not yet gazetted

A short while later he retracted his statement, fielding questions from members of the media, who broke the news prematurely based on Milo&39;s tweet.

Parliament said in its statement that draft Acts, known as Act forms, are the product of bills passed by Parliament.

"Act forms, basically, have no status until and unless assented to by the President," the statement said.

It issued a tweet of its own later in the day.

The Protection of State Information Bill has not been signed into law by the President. POSIB

Presidential spokesperson Mac Maharaj told eNCA.com he assumed it had been confused with the Protection of Personal Information Act, which Zuma signed into law earlier in this month.

Constitutional law scholar Pierre de Vos, who is also considered an authority on the Protection of State Information Act, said he had not heard any news about the bill having been signed.

2/2 So still a Bill - POSIB Seems inevitable Zuma will eventually sign Bill into law but hasn&39;t yet. No need 2 shout from rooftops just yet

For video interviews of Dario Milo and Pierre de Vos on the Protection of State Information Bill, click here.