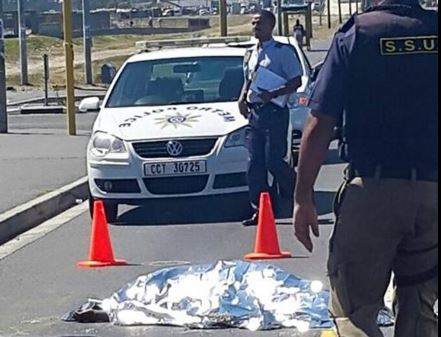 Siphesihle Mkunqwana (16) was shot dead while allegedly attempting to rob a woman motorist on Monday.

CAPE TOWN - A distraught Cape Town mother is trying to come to terms with the death of her son during a smash-and-grab robbery.

Siphesihle Mkunqwana (16) was shot dead while allegedly attempting to rob a woman motorist on Monday.

But there&39;s confusion over who pulled the trigger.

She has met two other suspects who were with her son at the time.

“These kids are saying that he smashed that woman’s car window and grabbed her bag," said Siswana.

"They say he turned around and as he was about to make a run for it, he got shot by someone in the taxi behind the vehicle he was robbing.”

Siswana admits her son had a criminal record and said the family tried everything to turn his life around.

“He wouldn’t say why he did the bad things he did out there. He would come back and tell me that he is quitting," she said.

"He’s criminal behaviour started when he became part of a gang. But he told me he quit and wanted to go back to school.”

A Facebook group has been started in a show of support for the woman motorist.

At least 190 smash-and-grabs were reported in the same area last year.

Police are investigating cases of murder and robbery.