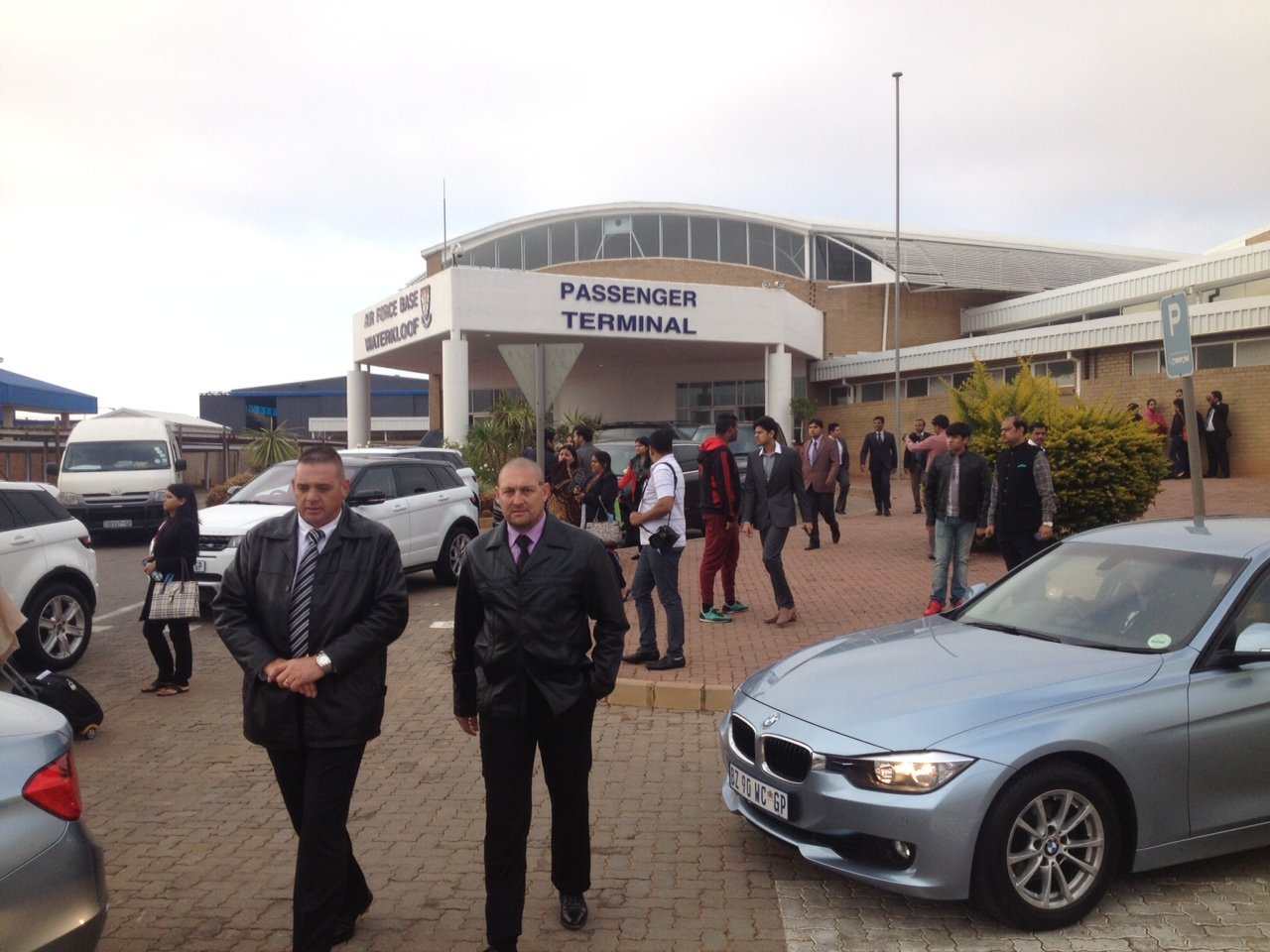 Guests arrive at the Waterkloof Airforce Base for the Gupta wedding. Courtesy Barry Bateman/Eyewitness News

PRETORIA - Hours after news broke that the influential Gupta family had used the Waterkloof Air Force Base as its own personal airstrip, and several important questions remain unanswered.

The family chartered a jet, and flew in hundreds of guests for a family wedding.

The Guptas say the Indian Commission applied for and secured all permissions to land a civilian passenger jet at Waterkloof AirForce Base.

In a statement, the family said: “The permissions were applied for and granted to the Indian High Commission and not the family. These rights can be applied for by any foreign embassy.

"Naturally suitable protocol was used to receive and transport the foreign ministers to the wedding.”

The Indian High Commission&39;s First Secretary & HOC Mohit Yadav in Pretoria would not confirm this, saying the commissioner is away and he is the only person allowed to comment on such matters.

The Gupta family statement refers to the Waterkloof AirForce Base being used “with full permission of the authorities to receive foreign dignitaries, including some ministers”.

However, there has been mass confusion about who granted permission and who received the request for permission.

The South African Defence Force this morning denied that it had granted permission to any private individuals to land at the base.

The Democratic Alliance slammed the comments.

"The fact that the Defence Force knew nothing about it means that it&39;s being done on the QT. And that cannot be allowed.

"It cannot be that the Defence Force does not know who is being flown in and out of their own bases. It is the most apalling situation. How can they not know?" asked the DA&39;s Shadow Minister of Police, Dianne Kohler-Barnard (watch the full interview above).

So just how did this plane land at a national key point -- a strategically important airforce base -- without prior permission and without getting shot down?

The Gupta statement also claims that landing the jet at Lanseria international airport would have been impossible as the airport is too small.

Lanseria airport says it did not receive any application from the Indian High Commission to land a plane.

“South African law requires that any aircraft or foreign aircraft wanting to land in South Africa with eight or more passengers requires a foreign operators’ permit which is issued by the Department of Transport.

Christoph says it would have been unnecessary for the aircraft to land at the airport anyway.

“That aircraft could land at Lanseria International Airport but it would not make commercial sense because the amount of weight that it could take off with at Lanseria - it would not make its home destination which means it would have to stop somewhere to refuel. The aircraft is too heavy for the short runway we have.”