Controversial Zuma painting back on display 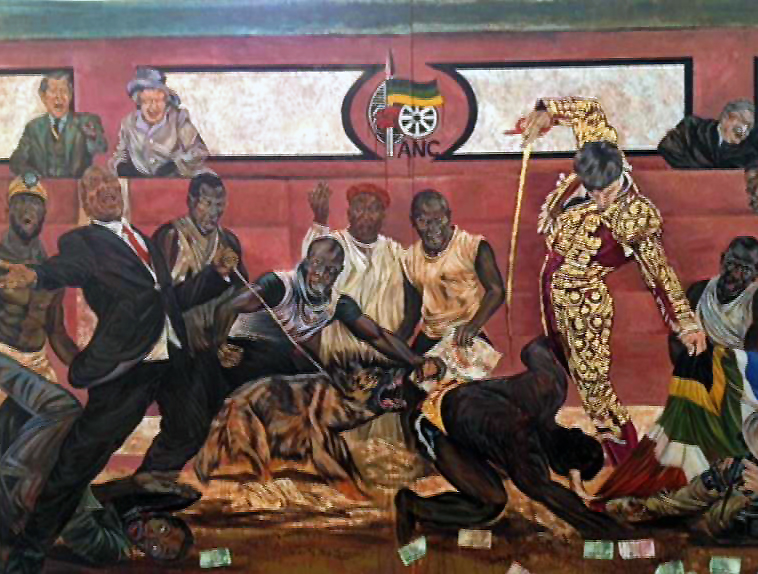 JOHANNESBURG - A controversial painting which centred around the Marikana shootings has been reinstalled at the First National Bank Joburg Art Fair.

The piece by local artist, Ayanda Mabulu, was removed before the start of the exhibition.

Organisers have now back-tracked after a large group of fellow artists withdrew their pieces in protest.

They initially said they took down the piece in the interest of the artists, sponsors, buyers and audiences.

Mabulu&39;s work is entitled &39;Yakhalinkomo - Black Man&39;s Cry&39;, depicts a kneeling miner with horns on his head - a metaphor for a dying bull.

The work also shows the man being attacked by President Zuma&39;s dog, which apparently symbolises police.

Zuma is dressed in a suit, and is seen stamping on another miner&39;s head.

The artist had already been censored for painting the president with exposed genitalia, before Brett Murray did the same with &39;The Spear&39;.