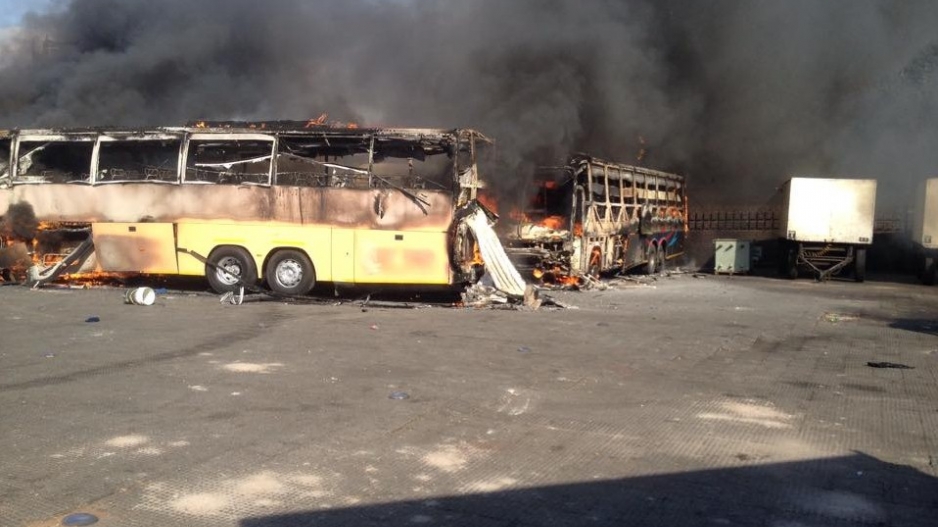 Some of the buses that have been set alight in Fordsburg, Johannesburg.

JOHANNESBURG - Police say they are investigating after three buses burnt down at a depot in Johannesburg on Friday.

It’s not clear what sparked the blaze.

Ash and smoke are what remain of three independently owned buses that burnt down at the depot in Fordsburg.

According to eyewitnesses, trouble began when a driver tried to move a bus that had not been driven in weeks.

The vehicle suddenly exploded, leaving scores of passengers to scramble to save their belongings.

Many had been waiting to board buses to places like Malawi and Zimbabwe.

And Sonnyboy Chabane says the situation worsened when the fire and started to spread.

"People were so scared, the fire was scary. People were running here and there," said Chabane.

"They were just trying to move their clothes so that they don’t burn.

"Imagine three buses burning at the same time, it was a very big fire and people ran away."

Chabane said the driver was able to get off the bus unscathed.

Two other buses were affected by the fire.

They had both been scheduled to leave for their destinations on Saturday.

‘The fortunate part is that there was no one injured or anyone who was inside the buses," said EMS spokesman Robert Mulaudzi.

"So, so far we don’t have any fatalities or injuries."

* Watch the full video report by Thabang Masanabo in the gallery above.