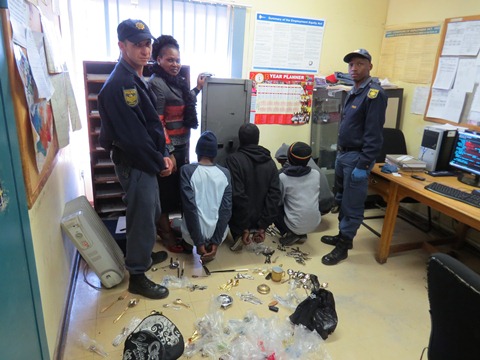 ORANJEVILLE, Free State - Four men were arrested in the Metsimaholo township in connection with the murder of a 57-year-old woman.

A gardener became suspicious when he saw an open door and called on neighbours and the police to investigate.

Police officers entered the house and discovered Pont&39;s body in her bedroom.

It appears that Pont was raped, tied up and her bedroom set alight.

On Tuesday morning, police were informed by community members about the possible whereabouts of the suspects.

Police spokesman Constable Peter Kareli said they discovered Pont&39;s belongings in the homes of some of the men.

One of the men was allegedly Pont&39;s weekend gardener.

The men are facing charges of murder, robbery and arson and will appear in the Sasolburg magistrates court on Friday.