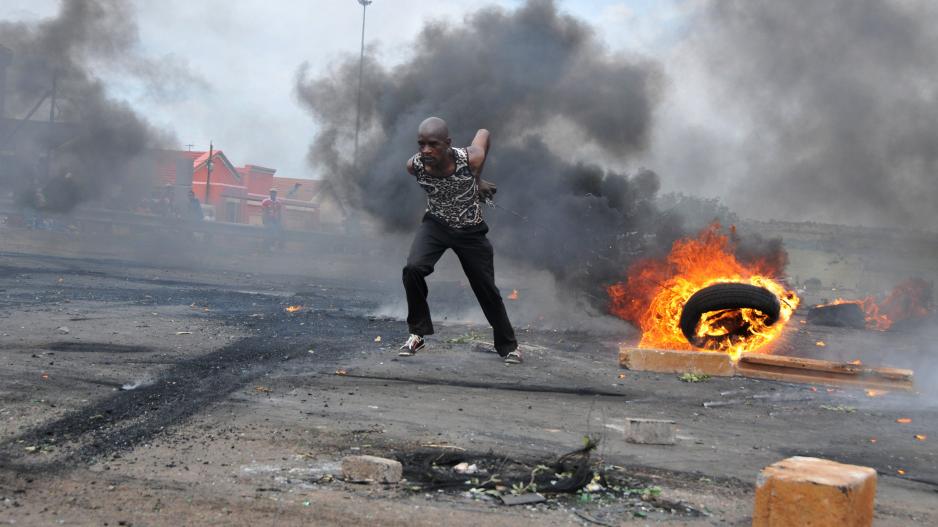 A protester pulls a burning tyre during unrest that erupted in Sebokeng.

JOHANNESBURG - Family members of a 26-year-old man, who was shot dead during violent protests in Sebokeng, claim police watched as he died.
Lerata Rabodila was killed on Wednesday when protesters clashed with another group of residents.
Boiketlong Informal Settlement residents have been demonstrating for two days over housing and service delivery.
They are now angry about Rabodila’s death, accusing police of failing to intervene during the clash.
The protests are continuing on Thursday, with several people arrested after running battles with police.