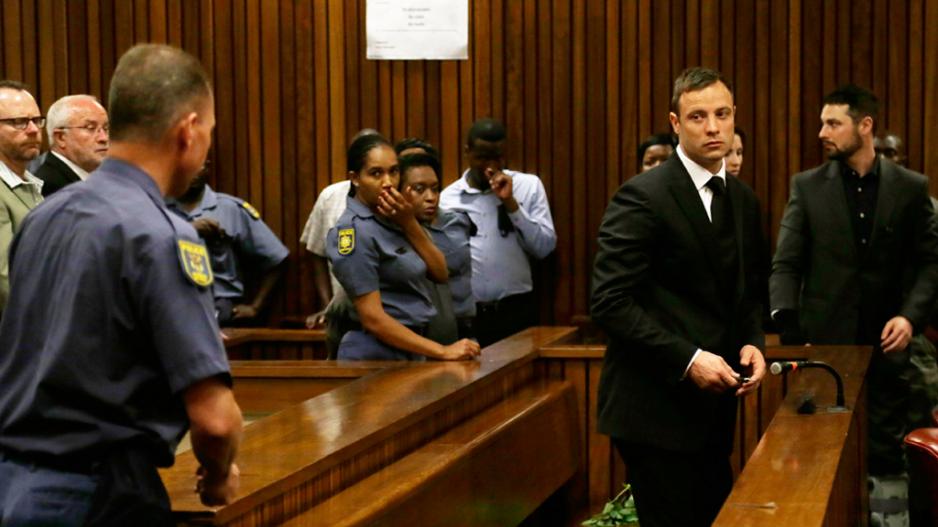 October 21, 2014: South African Paralympic athlete Oscar Pistorius (2-R) looks on as a policeman approaches to escort him down to the holding cells after being sentenced to five years imprisonment for culpable homicide.

JOHANNESBURG - The department of correctional services on Tuesday dismissed reports that convicted paralympian Oscar Pistorius would not be eligible for correctional supervision because an electronic monitoring device cannot be fitted to his ankle.

"The department rejects any notion that attempts to pre-empt any decision that will be taken with respect to the offender concerned, and that will have an impact on his rehabilitation," DCS spokesman Manelisi Wolela said in a statement.

"DCS also calls upon journalists to refrain from irresponsible reporting, and to take care to report news truthfully, accurately and fairly."

Wolela said that the correctional services regulations stipulated that "electronic monitoring devices must be compact, un-obstructive and allow persons under community corrections as far as possible to carry out their normal daily activities.

"The electronic monitoring device must be fitted to the ankle or wrist without causing a risk to the person&39;s health."

Pistorius was jailed for five years for the culpable homicide of his girlfriend, law graduate and model Reeva Steenkamp. He shot her dead through the locked toilet door in his Pretoria home on February 14 last year.

For discharging a firearm at Tasha&39;s restaurant in Sandton, Johannesburg, in January 2013, he was sentenced to three years in jail, suspended for five years. The sentences would run concurrently, Judge Thokozile Masipa ruled in the High Court in Pretoria on October 21.

Last week, the National Prosecuting Authority filed an application for leave to appeal against both the conviction and sentence.

The appeal on conviction was based on a question of law.

On Monday, the NPA said the application for leave to appeal against Pistorius&39;s conviction and sentence would be heard in the High Court in Pretoria in December.