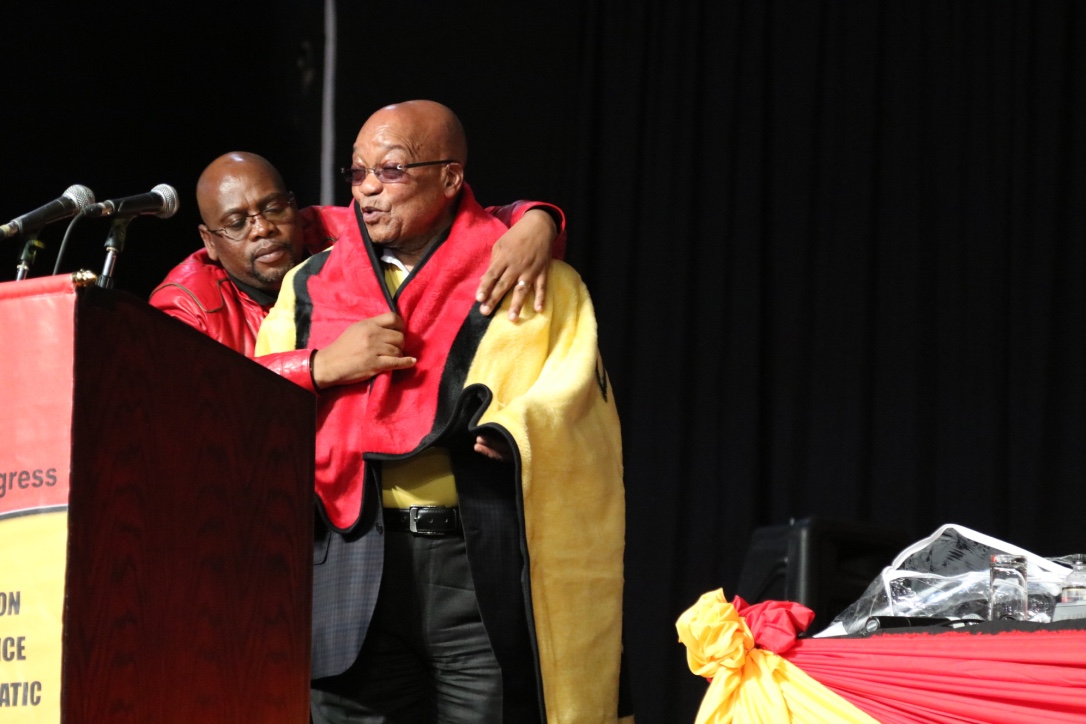 JOHANNESBURG – The Congress of South African Trade Unions (Cosatu) on Friday said it welcomed the establishment of an inter-ministerial committee to engage the country’s big four banks on the closure of accounts belonging to the Gupta family-owned Oakbay Investments.

“This unprecedented decision by the banks needs to be reviewed because workers livelihoods are at stake. We refuse to allow workers to be victims of corporate conflicts,” said Cosatu spokesman Sizwe Pamla.

“Workers cannot be made to pay for something that is not of their own doing. Hopefully this intervention by government will yield results and protect workers and their jobs.”

Oakbay has thousands of employees.

Minister in the Presidency Jeff Radebe on Thursday said cabinet was concerned that the decision by the banks could scare off investors.

Finance Minister Pravin Gordhan, Mineral Resources Minister Mosebenzi Joseph Zwane and Labour Minister Nelisiwe Mildred Oliphanhave been tasked with setting up a meeting with the banks to “open constructive talks to find lasting a solution,” Radebe said during a briefing on decisions taken by cabinet.

There have been unconfirmed media reports claiming that the Guptas may have influenced the appointment of Zwane as minister.

On Wednesday, Oakbay employees wrote an open letter to CEOs of Nedbank, Standard Bank, First National Bank (FNB) and Barclays-owned ABSA, pleading with the banks to reverse their decisions to close the accounts.

“We are not rich people. We are not politically connected. We have not captured the state. We have never offered any politician a job,” the employees said in their letter signed off by two worker representatives.

“We do not know if any of the allegations against the Gupta family or Oakbay’s management are true. We do not care. All we care about is providing for our families. If you do not open Oakbay’s bank accounts we cannot be paid and Oakbay cannot pay its bills.”

However, some workers have since distanced themselves from the letter.

Apart from the big four banks, auditors KPMG and Oakbay’s JSE sponsor Sasfin also cut their ties with the family businesses in March.

The close ties between the Guptas and President Jacob Zuma have drawn widespread criticism, with accusations the family used its proximity to “offer” cabinet minister positions to individuals who were willing to further their business interests.

The family has denied the allegations and the controversial Gupta brothers have since resigned from all executive positions in its businesses, along with Zuma’s son Duduzane, who is the family’s business partner.

Said Pamla: “Our unemployment rate of 33 percent is a potential source of social upheaval and any further job losses will add to the number of poverty-stricken South Africans, who are unable to feed their families”.