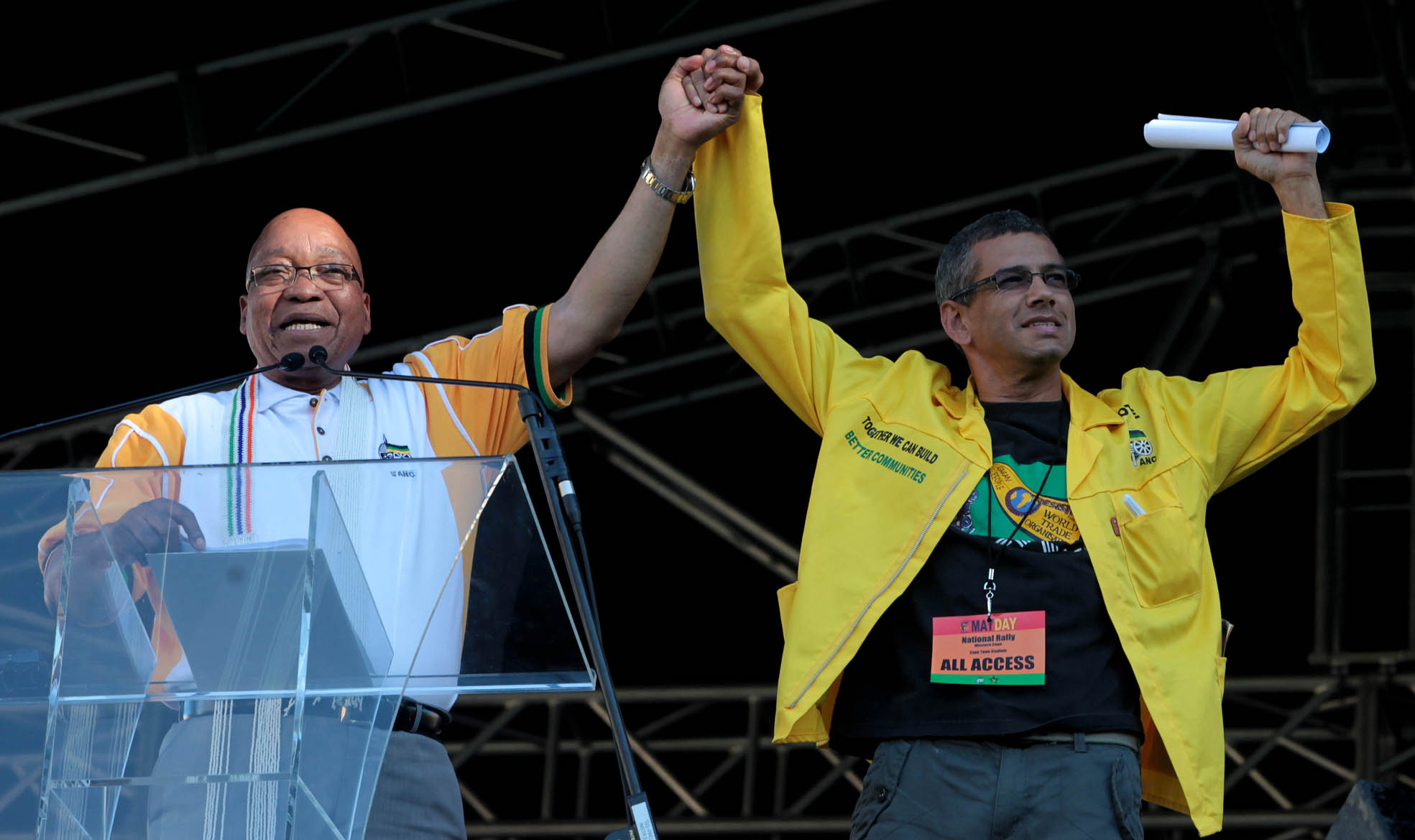 ANC President Jacob Zuma with the party's mayoral candidate Tony Ehrenreich at a Congress of SA Trade Unions May Day rally at Athlone Stadium in Cape Town, Sunday, 1 May 2011.

Cape Town - Cosatu in the Western Cape has called for more than half of white senior civil servants in the provincial government to be sacked within one year of the election, the Cape Argus reported on Thursday.

The newspaper reports that Cosatu provincial secretary Tony Ehrenreich told them on Wednesday that “the sunset clauses in relation to jobs are gone, and so should continued white preference..."

He said  that while whites constituted only 16% of the population, “the most recent figures we have are that senior management at the provincial government is made up of at least 57 percent whites.”

“That means whites are over-represented in terms of the demographic of the Western Cape – so roughly half the whites in senior positions in provincial government would have to go,”

Ehrenreich said that due to their historical advantage and network of connections, retrenched whites would be better placed to start their own businesses.

He said “their parents are more likely to have the resources for security, to enable them to borrow money at the banks”.

Ehrenreich said that all would benefit from his plan, as equitably distributed economies show higher levels of stability and growth. He said his ultimate objective was sustained economic growth.

Responding to Ehrenreich&39;s plan, DA leader Helen Zille said, “Tony is trying to divert attention from the fact that the ANC is insisting on national demographics at senior management level.”

She also disputed Ehrenreich’s statistics. She said “62 percent of senior management in the Western Cape government comprise coloured, black and Indian, and 75 percent comprise individuals from all designated groups – the latter including white women."

Zille said the DA “will continue to pursue employment equity without quotas, which have been ruled unconstitutional in the Supreme Court of Appeal".

“The law is absolutely clear in that no business can retrench or dismiss for any reason in order to ensure that the equity targets are met,” he said. He called Ehrenreich&39;s plan “social engineering at its worst” and a form of “ethnic cleansing”.

ANC provincial secretary Songezo Mjongile said “senior white managers make up 72 percent, so when we take power we will ensure that the public service, especially the senior level, is representative of the provincial demographics. There are more than enough capable and qualified blacks and coloureds (to fill the positions).”

However, he said “there will have to be a transitional period. We are not into collapsing government – services have to continue to the people.

“So the essence of what Tony says I agree with. It’s the modality of how we do it which will have to be discussed.”