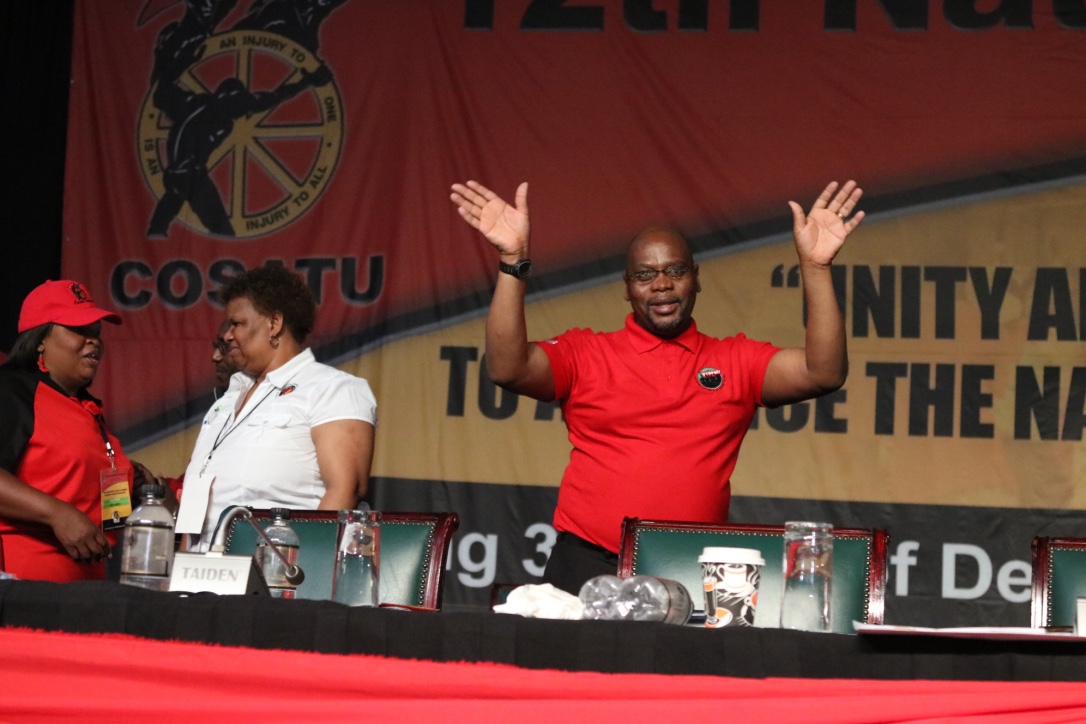 Sdumo Dlamini was re-elected unopposed as Cosatu President on 26 November 2015.

“This decision is not a final and ultimate solution to the impasse though. This is not yet a victory for the worker, but it is the first step towards a final victory, which will be the total scrapping of those aspects of the law that workers do not want,” said Cosatu spokesman Sizwe Pamla.

“The mandate from workers was not to secure a postponement but to get government to commit that they will expunge all the areas that prevent workers from accessing their money. What workers want to hear is – when is government going to expunge the sections of the law that stops workers from making lump sum withdrawals from provident funds.”

Minister in the Presidency Jeff Radebe said during a briefing on this week’s cabinet meeting on Thursday that government would be meeting with critics of the Act, which included ANC alliance partner, Cosatu, for further consultations.

The law would force workers to preserve their retirement savings, instead of withdrawing lumpsums of cash.

Cosatu held pickets and threatened to embark on a full blown strike should government not heed their demand to have the law scrapped.

The trade union federation argued that workers had a right to access their their hard-earned cash when they see fit.

The law, which would have kicked in from March 1, will be postponed for two years to March 2018, a decision taken during Wednesday’s cabinet meeting.

Pamla said the mobilisation of workers would continue until all sections of the law that prevent workers from accessing their money – specifically the parts dealing with preservation and annuitisation – were done away with.

“We will continue to intensify our mobilisation until we get a clear resolution on this matter. The campaign that was launched earlier this month and the strike planned for the beginning of March will continue until the identified aspects of the law are scrapped.”

“We will also table the latest developments to our upcoming central executive committee meeting for further discussions.”