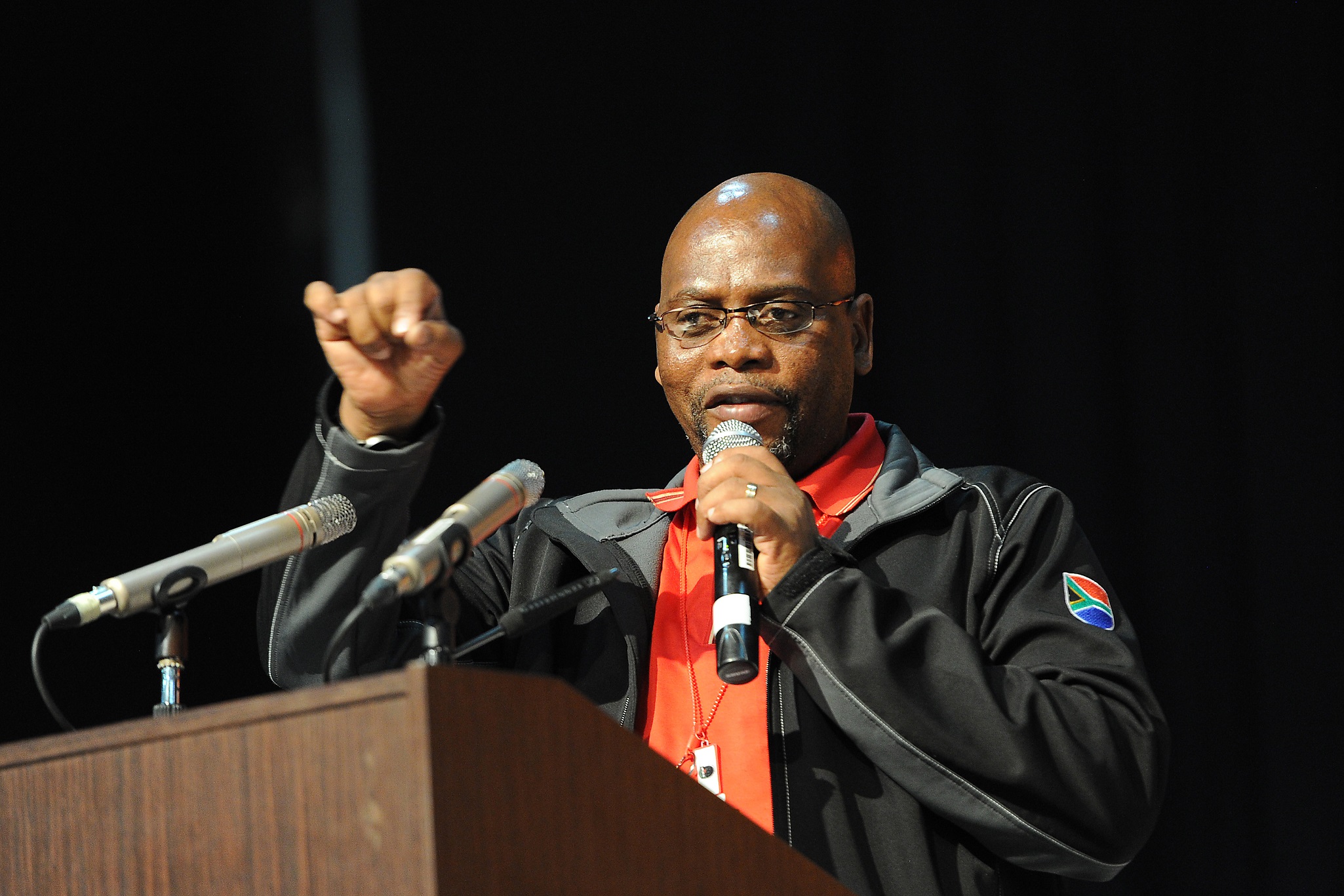 Sdumo Dlamini addresses the Cosatu Special National Congress on July 14, 2015 at Gallagher Convention Centre in Midrand, South Africa. The congress was called to discuss unity and cohesion by a third of Cosatu's affiliates.

JOHANNESBURG - Cosatu president Sdumo Dlamini appeared unfazed that his loyalty to President Zuma might be corroding his stature within the union federation.

In his welcoming address at the opening of Cosatu's mid-term review conference in Irene, Gauteng on Monday, Dlamini made no mention of the federation's preferred candidate for ANC president or its reasons for calling on Jacob Zuma to step down.

That was quickly remedied by his second deputy, Tyoto James.

As if designed to embarrass him, Dlamini was asked to make two key announcements for day two of the meeting.

"Let us prepare ourselves to receive our candidate tomorrow morning [Tuesday]. You can start today to prepare, but tomorrow morning at 10, [Cyril Ramaphosa]  will be addressing this central committee.

"Because of a number of issues, including issues that have exposed the country to many risks, and the threats that we see to our revolution if you continue on the current trajectory ... again the central executive committee in March this year ... took a thought-through decision that Cosatu will call for the president of the African National Congress, Comrade Jacob Zuma to step down."