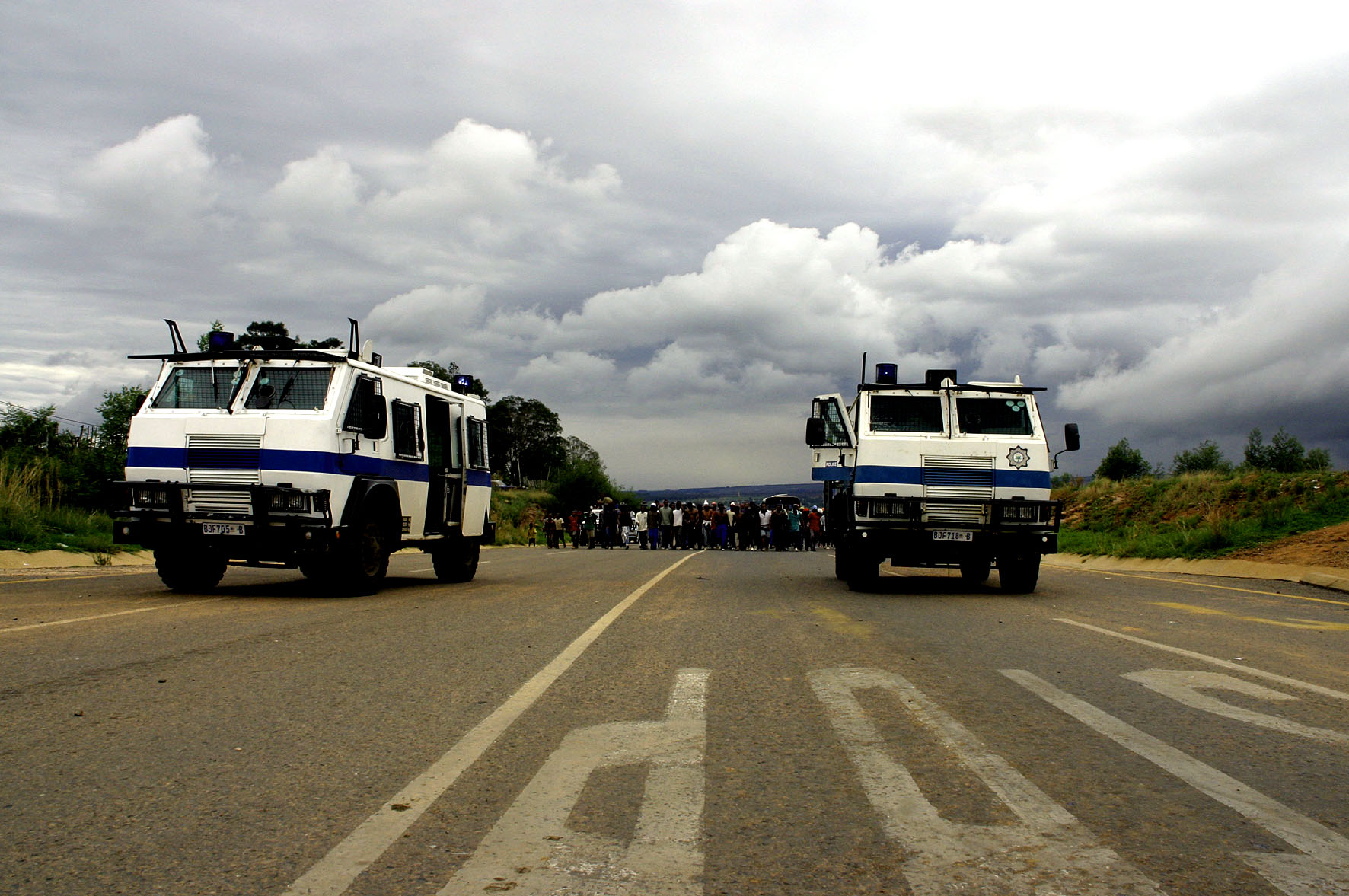 Residents march in Bronkhorstspruit under the watchful eye of the SAPS. Police Minister Nathi Mthethwa says the recent surge in violent service delivery protests is a huge problem.

"Modise was informed of the allegation that some police officials are brazenly supplying tyres to be burned as part of the violence," spokesman Lesiba Kgwele said in a statement.

The allegations were made at a meeting on Thursday between Modise, municipality mayor Moeder Makodi, councillors and police management, held at the Bloemhof police station near Boitumelong.

He said the premier called for an in-depth investigation into who was instigating the violence so that they could be brought to book.

Modise said: "We expect law enforcement not to take any prisoners and to ensure that those who seek to hijack genuine community concerns face the full might of the law."

The protests began last week, with protesters accusing officials of nepotism and corruption.

By Tuesday, the protest had spilled over to Coverdale in Christiana where a community hall was torched on Wednesday.

Kgwele said police had arrested 136 people in connection with the destruction of property and torching of houses.

"Police reported that more arrests of ring leaders are expected after cars belonging to two councillors and a municipal official were torched on Wednesday night in Christiana," he said.

Police reinforcements have been called from other areas within the province and neighbouring Free State to deal with criminality in the area.

"Schooling was affected at eight schools since the reopening of schools on Monday," Kgwele said.

The public works and transport department would start clearing debris and barricades from Friday to normalise the situation and ensure that schooling resumed on Monday.

A specialised traffic unit had been deployed in the area to direct traffic and if necessary escort trucks passing along the N12.