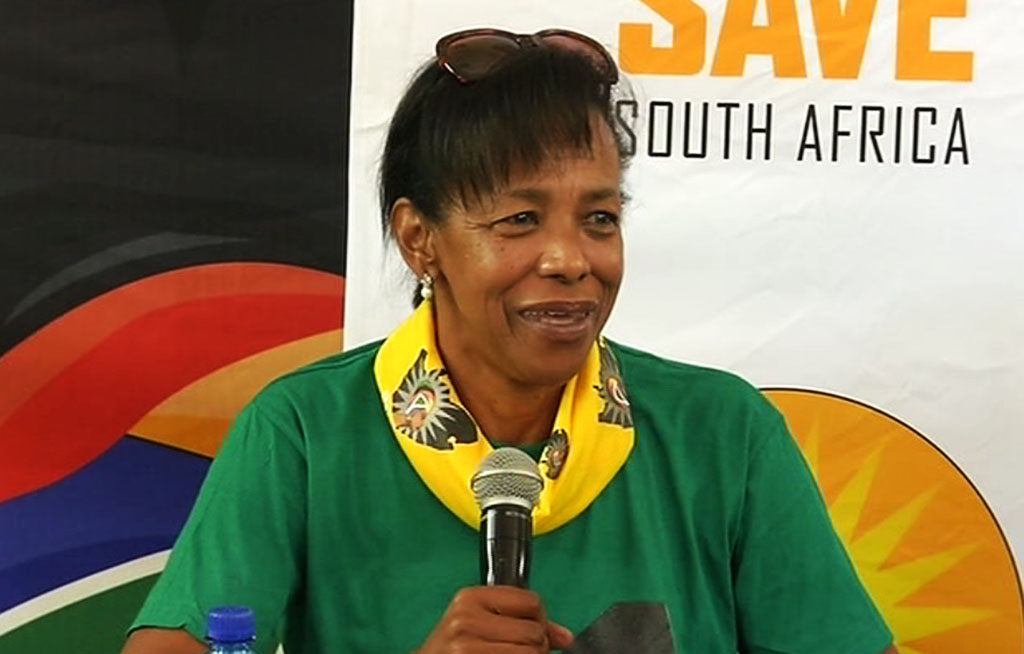 ANC Stalwart Cheryl Carolus is the latest heavyweight to throw her weight behind growing calls on President Jacob Zuma to step down.

PRETORIA – South Africa was in a state of a crisis and was continuing to betray its young people, former African National Congress (ANC) executive member and anti-apartheid stalwart Cheryl Carolus said on Wednesday.

“As the stalwarts of the ANC, we endorse Save South African [Campaign]. Our country is in a crisis. As a country we could have done better if there was leadership. We have failed our people on the fees crisis,” Carolus said, addressing the Save South Africa campaign’s media briefing in Pretoria.

“We have reached a point where we feel that the people of this country, including us in the ANC, have to take a stand and draw a line in the sand. We are appalled that … a small handful of people have decided that they would capture the state, its institutions and resources for their own benefit. The only people who can stop them are the good men and good women. We want to start with the good men and good women in the ANC.”

“In South African history, we are at a crucial stage. We are actually at a cross roads, that is why we are all gathered here this morning. There is a titanic struggle taking places between forces of good and forces of evil. Forces of corruption and state capture against forces of decency and ethics. If good people remain silent in times of challenge, then evil will triumph,” said Goldstein.

“The current struggle can be summed up in one word, which goes to the heart of this matter, and that is sovereignty. Who is really sovereign in this country? Is the government elected by the people, for the people, exercising sovereignty on behalf of the people or does the very sovereignty of this country belong to a few corrupt families and those who benefit from them.

General Secretary of the Treatment Action Campaign (TAC), Anele Yawa, appealed to South Africans from all walks of life to take up the fight against “state capture” and corruption as it affects all and sundry.

“I’m sure many of you are asking yourselves why TAC is here. TAC is here and to unapologetically endorse the Save South Africa campaign. This campaign is all about defending the Constitution of the country and the rule of law. Before we belong to wherever we are belonging, we are firstly citizens of the country,” said Yawa.

He said endemic corruption was stifling service delivery across the country.

“All of us here fought for this freedom. In 1994, after we voted, all of us thought that was the end of oppression and exploitation, yet it was not. We are saying corruption is affecting service delivery to the poor people. We cannot fold arms and clap hands.”

The Save South Africa campaign was marching in Pretoria central, demanding an end to corruption.