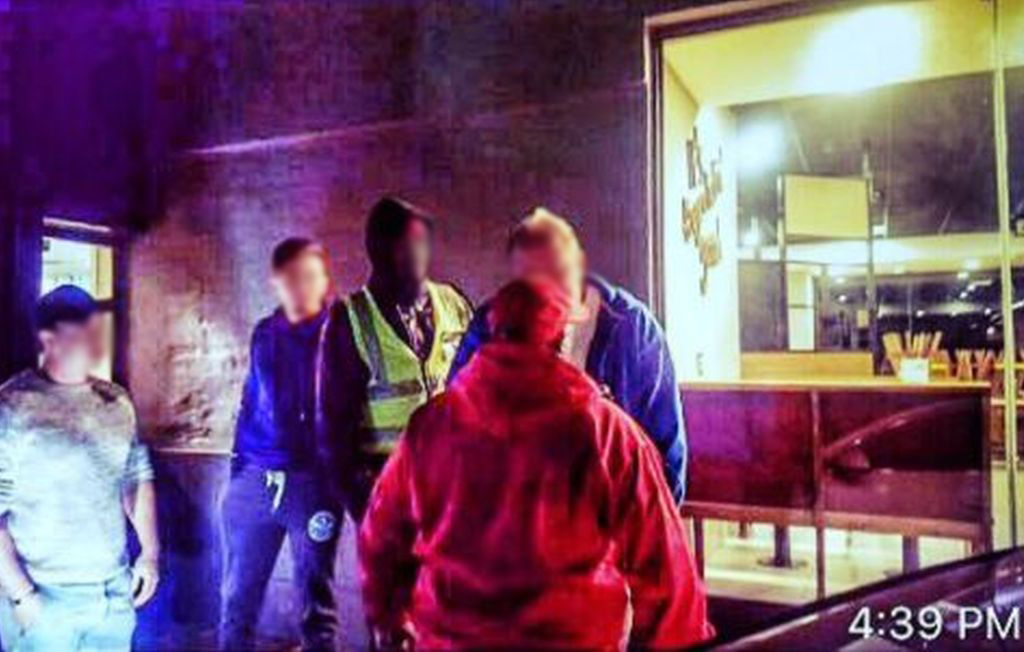 An alleged racist attack at the KFC in Montana has sparked outrage on social media.

Editors note: The audio track on this video is graphic and could disturb sensitive viewers.

PRETORIA – Footage of a man and a woman  being assaulted at one of KFC’s outlets in Montana Pretoria has emerged on social media.

The video, posted on Twitter by a user @Tumisole is making rounds on twitter. It was posted on Friday and has been retweeted more than 3,000 times.

The video shows the couple being beaten up in the drive through.

The victims say the altercation with the attackers began when they asked them [the attackers] to move forward in the queue.

Police spokesperson Kay Makhubela said four people have been arrested and charged with assault and possession of firearms. Two suspects remain at large.

Makhubela said police were alerted during the incident and the sector area vehicle responded immediately, leading to the arrest of the suspects.

Makhubela said those arrested and the suspects still at large would have to appear in court to face charges.

He requested witnesses to come forward and assist the police in the case, or alternatively to contact the SAPS help line.

Police Minister Fikile Mbalua added his condemnation to the attack and instructed the Sinoville police to investigate.

I've notified SAPS to attend to this with urgency. Sinoville Police are looking into it. https://t.co/ZntKL66Niz

We're shocked at this footage & have been working on finding out more for the last few hours. We've contacted the SAPS to help in any way.

We stand against acts of violence & find the behavior in this footage inexcusable.

We're doing everything we can to gather the details around this incident and support the SAPS.